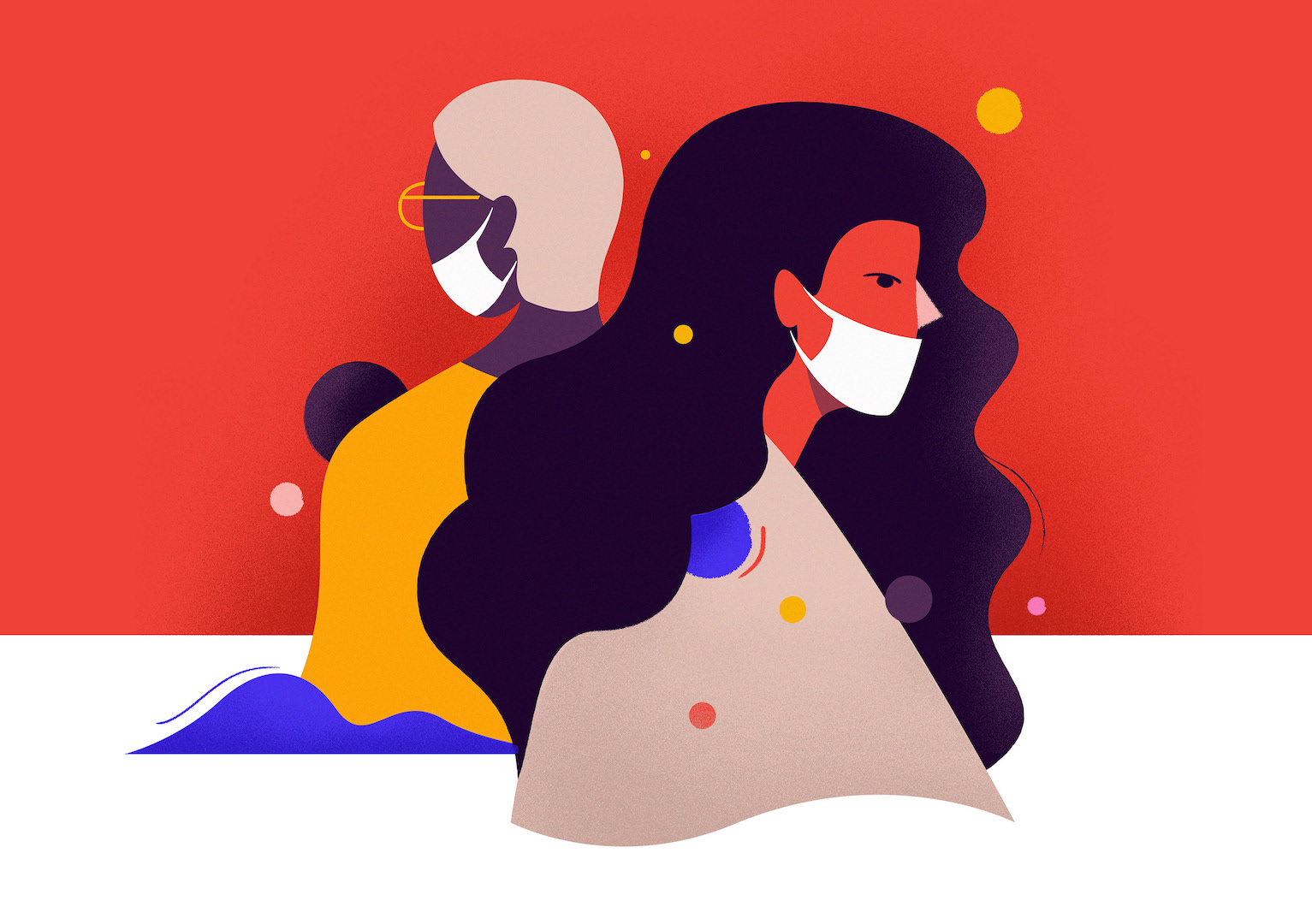 Like everything in this world, the COVID-19 virus appears to have a bias towards men.

The data so far shows that the chance of having a severe infection is higher for men than women. None of the experts know why this is so. There is speculation that the parts of the world where the virus has hit early and hard — China, Hong Kong, South Korea, Singapore, Italy and Spain, for example — have high rates of smoking, and more men in those countries smoke than women. Smoking is a compromising factor if you catch the virus. Others think that it may be due to the protective effect of oestrogen but, as yet, no one really knows.

Some women may also be slightly better protected from losing their income overnight. Many of the jobs that remain in high demand are those that offer care. These are heavily female dominated — nursing (of course) but also teaching, aged care, childcare and cleaning and sanitary work are in higher demand than ever before, as are supermarket, Centrelink and pharmacy staff — again, often women.

The problem is many of these seemingly more fortunate women (and men) are caught on the horns of a terrifying dilemma. They want to keep working for the money, of course, and because of their commitment to the people they care for and the vital work they perform. However, they also know that just by going to work every day and coming into contact with others while the rest of us hunker down, they not only increase their own risk of catching this thing, but they increase the risk of infection for their own families. My 61 year old sister is a school principal. Every evening when she gets home, she strips, showers and her 71 year old husband sanitises every surface she has touched — her keys, her phone, everything. It is even worse for those health workers on the front line, of course.

But all women, with or without jobs, have had their support networks ripped away while remaining the major support for their partner and children, if they have any. Attendance rates at schools and child care centres have plummeted by as much as 90% as parents (mostly mothers) add the task of home schooling to everything else. We have been warned to keep children away from grandparents — the traditional and often indispensable back-stop for working parents — and we must also keep our distance from the friends, family and colleagues who used to keep us sane and functioning. Women supporting other women is what has enabled us to survive for centuries. It is, of course, what feminism is about. I think women find it particularly difficult to be separated from their friends.

Imagine being a new mother right now with no one to turn to for support, help and advice. Your mum can’t come round, mother’s groups have been stopped, there is no one to hold the baby so you can catch an hours sleep except, perhaps, your equally shellshocked and exhausted partner.

Establishing breastfeeding is almost always painful, bewildering and hard.  Attempting to do it with no face to face help and support is even more daunting. Pregnant women approaching delivery must view birthing in a hospital filled with COVID-19 patients with trepidation. And to have no one with you but your partner? And what do you do if your partner is looking after older children with no grandma available to help when you go into labour? Then, I guess, you must birth alone. This virus is sending young women back to the era of those very same grandmothers who they can no longer call on for help. I am concerned both about an increase of postpartum depression and increases in depression for women juggling work, kids, loss of income and lack of support, just at a time when accessing help will be harder than ever.

An unwanted pregnancy right now doesn’t bear thinking about. Particularly if the woman involved is very young and/or from a conservative religious or ethnic background. Access to abortion services is often difficult, especially outside our major cities. Right now, it must be even worse.

Considering the exponential increase in stress from every direction, particularly on women who traditionally do all the emotional labour in a family, no wonder domestic violence services are reporting an increase in calls for support.

The Federal Government has at least recognised just how precarious the safety and welfare of many women and children may be and have returned some of the money they previously cut from the sector – to the tune of $150 million. I worry this will not be adequate as services are reporting not just an increase in calls for help, but calls coming from people who have never experienced violence in their relationships before. If all of us are experiencing increased stress, living cheek by jowl in a confined space, juggling work or sudden loss of income, kids, lack of support, shortages of necessities, limited opportunities to shop, not to mention anxiety about getting sick — imagine what it must be like for women living with violent, abusive and controlling partners.

On the brighter side, the Federal government has finally raised the rate of Newstart! Indeed, they have doubled it. (They claim this is temporary.) They have also dropped many of the draconian ‘mutual obligations’ with which they used to punish those who fell on hard times. Now, in the face of a tsunami of unemployed they have had to change their tune. This will be a huge relief to many, including many older women who find themselves victims of the double whammy of sexism and ageism. It will help many to continue to pay their rent and will also help stimulate the economy because those on low incomes spend everything they get. Ironically, some of the stress Newstart recipients have lived with constantly will have been relieved. Women are particularly vulnerable to having to rely on social security as they get older because our peripatetic working lives and our over-representation in lower paid industries (see care work mentioned above) means we accumulate much less super than most of our male peers.

Which leads me directly to some more bad news. This government is considering allowing people who lose their income due to the economic effects of this virus to access their superannuation early. This is a terrible idea, particularly for low income earners and for casual and part-time workers, most of whom are women. This is a disaster not least because the government is suggesting you take money from a long-term investment to tide you over in the short-term — a bad idea right there. But also because they are suggesting you do so just when the market is at its most volatile (it’s going up and down dizzyingly as I write this). Worse, it is merely putting off poverty until people are at their most vulnerable — when they grow old.

Those who resort to eating up their super now will inevitably be those least able to ever fill the hole that is created. Two thirds of women already retire with an average of half the super of men (and men generally don’t have enough) but fully one third retire with no super at all. If this policy is followed, expect that situation to get a lot worse.

How this will all end, I do not know.  It certainly feels as if nothing will ever be quite the same again. The economic impact will be felt for a long time after the virus has been conquered and economic downturns are always hardest on the already marginalised, many of whom are women. I am worried this wholesale retreat into the domestic space will be particularly burdensome for women — not just while it happens, but afterwards — will we be able to regain the independence we have fought for for so long?

There will be good things that come out of this huge reset too. First, carbon emissions are plummeting. This is an entirely good thing and — in my more metaphysical moments — makes me wonder if Mother Earth hasn’t given humanity a long overdue slap and sent us all to our rooms until we learn how to share.

It’s also just possible that if we learn how to work remotely and — most importantly, our bosses learn to accept it — we may find that flexible work done from home is more productive generally while saving our sanity, family life and planet. Fingers crossed the world that emerges doesn’t go the other way and send us hurtling down the path towards Gilead.

Jane Caro has a low boredom threshold and so wears many hats; including author, novelist, lecturer, mentor, social commentator, columnist, workshop facilitator, speaker, broadcaster and award winning advertising writer and Walkley Award recipient. She has published a number of books, including “Accidental Feminists” (MUP) released in 2019. 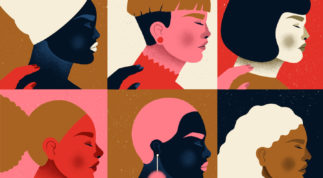 COVID-19 Update: We are putting the wellbeing of our community first

An important message from the Victorian Women's Trust. 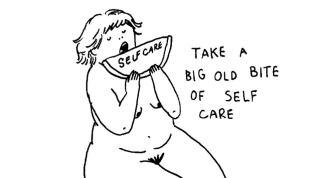 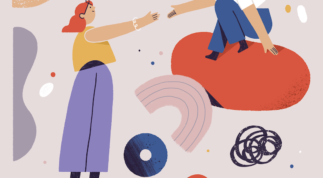 Given everything that's happening right now, being kind to ourselves and each other is more essential than ever.