Matters That Count: Dr Will Steffen on Climate Action

By The Victorian Women's Trust

Matters That Count is an initiative that calls on groups of like-minded friends to get together and screen their federal election candidates, asking them to declare their hand on 8 core matters that, we believe, go to the heart of who we are as thoughtful, compassionate citizens.

One of these matters is Action on Climate Change: calling for a target of net zero emissions by 2050, reduced emissions by more than 50% by 2030, and development of a comprehensive national transition plan.

We got together with Earth System scientist and ANU Emeritus Professor Dr Will Steffen to discuss why it is absolutely crucial that action on climate change is a core election issue this year, and the particular effect a warming climate will have on women and girls.

Watch the video and read the transcript below:

VWT: There we go. Hi Will, I wonder if we might just kick off by you telling me a little bit about who you are and the kind of work you do.

Will: Yeah, my name is Will Steffen. I’ve been a researcher and academic for most of my career. And I work in what’s called Earth System Science, which is trying to study how our home planet actually works, with enormous focus these days on climate change, because that’s one of the biggest factors in how the entire planet has changed. I’m based here in Canberra, I was a professor at the ANU, now retired. But I’ve also worked around the world. I’ve visited 50 countries around the world, working on various earth system science issues.

VWT: Wow. Oh, my goodness. So this issue matters to you.

Will: Very much. So not only as a scientist, but also as a human, thinking particularly about the next generations, and thinking about my daughter who lives in Melbourne, and what her future is going to be like in in a very uncertain world. So I think all of us in my generation have a real duty and obligation to do everything we can to make sure the planet’s inhabitable for not only those humans coming after us, but the rest of life on the planet as well. Yeah.

VWT: Can you talk to me a little bit about what the situation is right now for us in terms of the climate?

Will: Yeah, look, I think just to put it very, very briefly, this is the the do or die moment for climate change, the sort of fork in the road. So we’ve been deferring. We’ve seen the results of this with the massive flooding along the east coast of Australia with the fires a couple of years ago, that’s repeated in various forms around the world. In other words, extreme weather events. So when we look ahead, as scientists, and say, what do we need to do to stabilise the climate, we really have to get emissions down this decade—2030. If we don’t, tipping points, feedbacks in the Earth system will kick in and make it virtually impossible to stop much worse for the future. So for the sake of your generation, for other future generations, this is the decade we actually have to take effective action. Yeah.

VWT: And what does that mean, we obviously have this federal election coming up, in the context of an election year. What do we do?

Will: Well, I think we really need to put climate change front and centre. I know there are a lot of issues that people think about in an election. But we do have a choice this time. And there’s a very good possibility, I think that if we get a change of government, it’ll probably have to be a coalition of Greens, Labor and independents, and we have a number of high quality independent candidates who are putting climate change as a high priority issue. So I think this is putting the issue in front of the electorate. In this upcoming election, this is our chance, actually, to change Australia’s direction to become one of the leaders rather than the laggards on climate action. And I would also say the upsides of this, in terms of employment in terms of helping rural communities, regional Australia, the new technologies, there’s so many upsides in addition to stabilising the climate. I hope that people keep that in mind too, when they go to the polls, and in a couple of months.

VWT: Yeah, it’s interesting that you mentioned the economy and those kind of benefits, because I think everyone’s kind of like, well, what does our National Transition Plan look like? In practice? Do you have a sense of what it means in terms of jobs? Can you talk a little bit about that?

Will: Yes, most of the work that’s been done by economists say that there will be more jobs in the renewable energy industry than there are in the present fossil fuel. And these jobs will be distributed. So instead of just a big power station in near a city, you have multiple solar and wind farms around the place, you’ve got the grid that connects them, and so on. So it’s a huge opportunity, not only for increasing employment, but the employment is cleaner and healthier. And the employment is distributed around regional Australia as well as our urban centres. So it’s got good social issues. It’s got good employment issues for the country. So it’s a win-win-win situation, if we really ramp up going to renewables.

Will: You know, we’re fighting against vested interest powerful groups, who have their interest in maintaining the status quo. And that’s not an easy thing to do. But I think now that we have so much swinging in Norway, in terms of everyone now understands how dangerous the climate is. The solutions are there. Even just five years ago, they were more expensive and so on. Now, they are cheaper, they are reliable, they’re cleaner. So a lot of things are shifting towards the new energy system that we need. And so this is actually the pivotal time in this election to actually make that switch very definitively to the new future that we can have.

VWT: Yeah. So I think, obviously, we’re running this, this program Matters That Count. And I wonder if you have any kind of words of advice to people who are participating and approaching their local candidates—what do we do? How do we impress upon our representatives that we need to see action on this issue?

Will: Well, I think you can just look around Australia and the rest of the world, but particularly here in Australia, and say, local communities are getting hammered by this. Just have to look at Lismore, you have to look at the south coast of New South Wales with the fires a couple of years ago, extreme drought in the southeast, that’s been getting worse and worse for several decades now. So wherever you are in Australia, you’re probably affected one way or another by extreme heat, by flooding, by fires and so on. These sort of extreme events are being made much worse by climate change, we’re supercharging the climate. So this isn’t just an issue for the big metropolitan areas, the impacts are being felt right around the country in different ways. So just like the impacts are, are right around the country, and so on, the solutions have to come from there, too. We all have to think about what we can do locally, build that up and make that transformation we need to make at the national level. Yeah.

VWT: And I want to pick up on what you’re saying about that this is something that affects…it’s not an inner-metropolitan issue. It’s something that’s going to require all of our efforts. And I want to touch on, obviously, we are the Victorian Women’s Trust, a gender equality agency. And I wonder if you could speak a little bit to how this is going to affect women and girls particularly?

Will: Yeah, look, I think I think the women and girls are preferentially affected by this. Many of them actually have to look after the next generation coming up. So that’s a really important, important role, that the next generation, your generation, actually has a planet you can live on. And it’s often the women that have to do the hard work, in pulling societies together, they tend to be a little bit more social than us blokes do. And I can see that with my daughter and my wife who are thinking about my daughter’s future. She’s in Victoria, she’s in Melbourne. And she’s wondering about her future as she sees extreme heat in Melbourne, sees the flooding that’s occurred further north and says, gee, should I think about going somewhere else where it’s a bit safer. But she’s also has to think then about hopefully, she’s thinking about starting a family, about what’s the future for her children, given it is already deteriorating now, in the year 2022. And we know it’s going to get worse for a couple of decades because of the momentum in the system.

So I think it’s really important for women and children that we make the right decisions. Now, it’s really important that women come forward and they are in terms of the campaign, in terms of candidates, many of the independent candidates are women. When you look at the organisation I work with, the Climate Council, I think three quarters of our staff are women, mainly of your generation, who actually feel and understand what it means for their future. So I think you know, we’ve been a pretty blokey society. That’s Australia’s history that needs to change. It is changing, and it needs to change very fast. So again, this is a pivotal election, obviously, for the climate issue, but I think also on gender issues, beyond the climate as well. Violence against women and so on. This is coming to the fore, and it’s good that these issues are coming out. And all of us need to face them and deal with them appropriately.

VWT: Yeah, that’s awesome. Thank you so much. 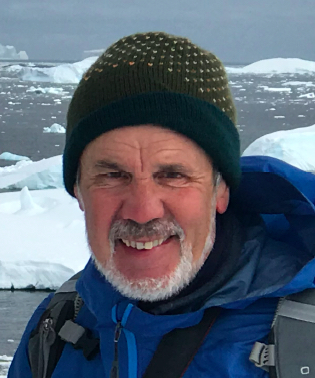 Will Steffen is an Earth System scientist. He is a Councillor on the publicly-funded Climate Council of Australia that delivers independent expert information about climate change. He is also an Emeritus Professor at the Australian National University (ANU); Canberra, a Senior Fellow at the Stockholm Resilience Centre, Sweden; and a member of the Anthropocene Working Group. From 1998 to mid-2004, Steffen was Executive Director of the International Geosphere-Biosphere Programme, based in Stockholm. His research interests span a broad range within Earth System science, with an emphasis on sustainability and climate change. 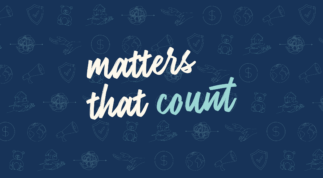 Imagine. Candidates with the best chance of winning Lower House seats in the forthcoming federal election are asked by constituents where they stand on a... 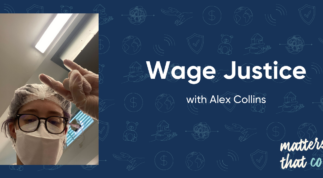 Hear from aged care worker and VWT volunteer on why wage justice matters to her this election year. 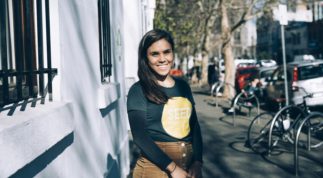 Amelia Telford is Sowing the Seeds of Climate Action.

Amelia Telford is an Aboriginal and South Sea Islander woman from Bundajalung country and the National Director and Founder of Seed, an offset of the...