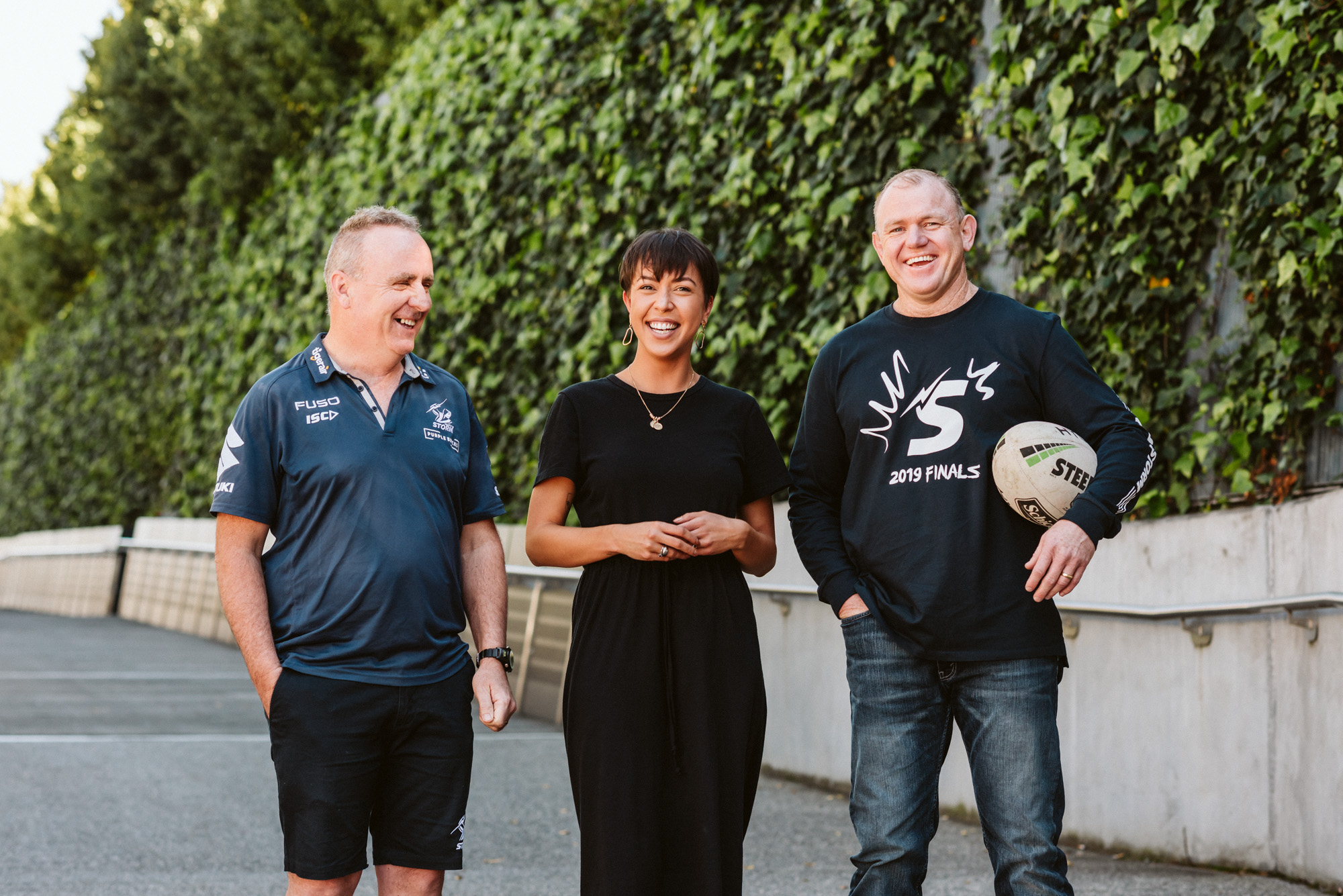 Brian Phelan (BP) and Peter Robinson (Robbo) started working together at Melbourne Storm just over thirteen years ago. Melbourne Storm was in the process of setting up a player wellbeing program and figured the pair were just the right fit.

Three years into their work at the club, BP and Robbo attended the launch of our Be The Hero! program at Northcote High. Be the Hero! was primarily aimed at boys and young men, and utilised group activities, discussion and interactive web resources to promote respectful relationships. Storm quickly signed their young recruits onto the program, and so began a unique, decade long partnership between a national rugby league club, Melbourne Storm and a feminist agency, the Victorian Women’s Trust.

Here’s Brian and Robbo in their own words:

Brian Phelan: “Robbo and I have been working together since January 2006. Robbo had just retired as a Melbourne Storm player and the club was keen to set up a player wellbeing department. That’s when I sort of came along as well, and they haven’t got rid of us yet.

Robbo and I work well together because of the trust between us. Our role is to help players with their life outside of football and quite often that encompasses quite personal issues. We often joke that you’d go mad if you were doing this on your own, so we bounce off each other in that regard. And help each other.

Our relationship with the Victorian Women’s Trust began when we attended the launch of the Be The Hero! program at Northcote High School. At the time, we were looking around for a respectful relationships program to work with our younger players. After that, we not only took our players through the Be The Hero! program, we grew it into a community program where Melbourne Storm players went out to schools with Paul Zappa (program facilitator, Be The Hero!). We had an under 20s player that had had a very violent upbringing; he initially thought the program was a waste of time, didn’t think it would achieve or shift anything. The program had a big impact on him, and he ended up having a complete turnaround and went on to work with Paul Zappa delivering the program in schools for a couple of years. 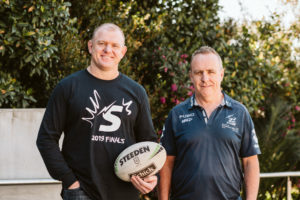 I think it’s been a great partnership because you know, it’s good for our players and the club to acknowledge the importance of having the partnership with the VWT symbolically. If nothing else, it sends a really powerful message. The program has obviously had a big impact. Paul Zappa’s delivery of the program has been fantastic. He has had a massive impact on a lot of our young guys coming through and a lot of guys in our senior squad now that have come through.”

I love what Paul Zappa says about being safe, fair and kind, I think that really resonates strongly with us. You have to treat people the way you want to be treated. It sounds easy, but to put that into practice, it can be pretty challenging at times to keep your integrity and make sure you’re doing the right thing. I don’t think any one person has all the answers, so you have to draw on other people’s experiences and opinions and then bring that in.

I think men have a real knack of suppressing a lot of issues that have happened in their life. And they find it really hard to articulate and speak about what they are sitting with. But I reckon it’s even harder having to carry that around with you. So a lot of us put this front on, we put this Ned Kelly suit on and think we’re going okay. Trying to unpeel those layers of an onion and get to the core issue can hurt, and there’s a lot of fear and sadness there. But being around good people who are not afraid to call you out on behaviours is really important. You can’t say one thing and behave in another way, because it just trickles down.

The Melbourne Storm partnership with VWT has affirmed our role in being circuit-breakers in the lives of our young men, helping them as men to go on and have a fulfilling and enjoyable respectful relationship with their partners and in their lives generally.”

Our partnership with Melbourne Storm has always been grounded in respect and meaningful exchange of ideas. Since the establishment of Be the Hero! BP and Robbo have been active members of our Critical Friends Group, and thanks to their support, in 2018 we launched Club Respect.

Club Respect is your guide to helping your sports club be the best it can be. Whatever your role, no matter your sport. All codes. All clubs. All levels.