A message to journalists reporting on violence 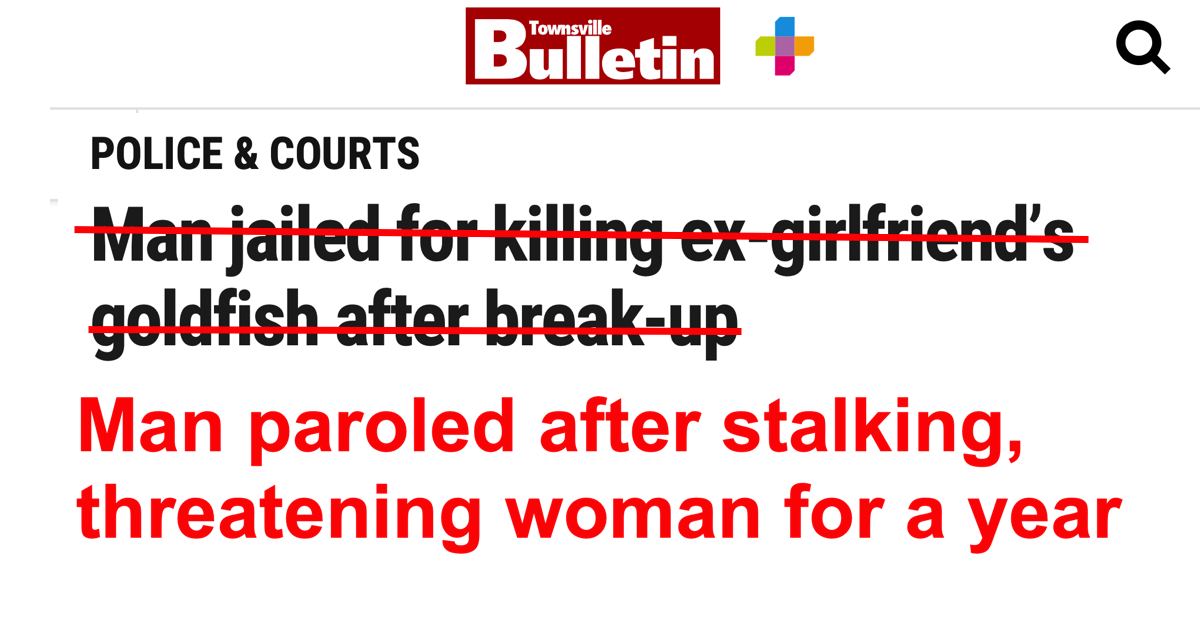 I’ve been writing about the erasure of men’s violence against women in the media for over a decade now. I’ve written articles, started the FixedIt social media campaign, studied it university and written a book about it. So, I guess by now you could almost call it an obsession.

When I first started, direct, explicit victim-blaming was common in news about men’s violence against women. A 14-year-old girl was called a “drunk teenager” in a headline about her rapist’s conviction. A report on a rape trial was headlined with a claim from the defence lawyer about the victim being “flirty” at a party. The Good Guy trope was ubiquitous in reporting on men who killed their wives and children. Tracey Connelly, killed in 2013, was dehumanised to “St Kilda Prostitute” in every single headline about her murder. Women subjected to domestic and family abuse were “unfaithful” or “cheating wives” and violent men, if they were mentioned at all, were “tradies”, “loving dads” or “football stars’”. They were also frequently defined by their emotions. Jealous husbands, lovesick boyfriend, spurned lovers or even a “horny cabbie” (seriously) committed a litany of violence against the women in their lives. Almost all of us have felt those emotions so of course we relate to the feelings, but this empathetic coverage erased the choice those men made to use violence. Because violence is always a choice. We may be at the mercy of others when it comes to how we feel – rejection is rarely something we choose – but in that moment between feeling and action is a choice. Abusive men do not choose to walk away, cry, talk or leave. They choose violence. It is not a loss of control, because abusive men are almost never abusive in front of others, it is controlled until no one else is there to intervene or witness the abuse.

Journalism has a responsibility here. When the one constant in reporting on men’s violence against women was to erase that moment of choice, victims become responsible for inciting the feeling and therefore the violence. That perception flows through the community, into juries, parliaments, businesses and families. Flipping it, so the choice to use violence is the focus and the cause of the problem changes how we think about men’s violence and therefore what we do about it.

Until recently, I have only ever once had one editor respond directly to my work on media reporting of violence. At best, editors would hastily change online headlines that attracted a strong social media pushback. Mostly, they simply ignored it. I do, however, frequently hear from the victims and survivors, or their families. They would tell me how often journalists distorted their stories, what it felt like to see news articles implying they deserved or caused what was done to them. They’d describe how eviscerating it was to be completely erased from a story about their own lives and trauma, while their abuser as excused justified or even lauded.

Late last year the ABC made a strong effort to change their reporting on men’s violence against women. They did a lot of internal work on updating editorial guidelines, improving resources for reporting outside the crime and court reporting where men’s violence against women usually sat, and invested in internal and external training for newsrooms. (Declaration: Jess Hill and I were commissioned to do a small portion of that training.) Two days of empathy training won’t do much, but organisational change and education, mandated from the top down over a long period of time, can make a huge difference. The results at the ABC are clear. In addition to their contribution on improving public understanding of the complexity and range of abuse enacted by violent men and the structural barriers to change in police, courts and parliaments, the ABC has also changed their daily reporting of news. From my perspective, the ABC which used to feature far too often in the FixedIt campaign, has rarely put a foot wrong since they did that work.

This is the most obvious example that I know of, but I can also see significant changes across many other news publications. The biggest change I saw was after Peter Miles killed his wife, Cyndia, his daughter, Katrina, and her four children, Tay, Rylan, Arye and Kayden in Margaret River. Miles and was described by journalists as “loving grandfather” and a “good bloke”, inciting a long overdue discussion about this kind of reporting, which led to an entire segment on Media Watch. Since then, the good guy/loving father/great bloke approach has pretty much vanished from reporting on men who kill women and children. As it should.

The day-to-day work of trying to make change can be a grind. I have to keep reminding myself that real change takes time, not just weeks or months, but years. Especially when what we are trying to change is violence grounded in structures built on colonialism, sexism, racism, and deliberate erasure of vulnerable groups such as people with disabilities and the LGBTIQ community. The seismic moments can feel profound, as we’ve seen in MeToo or even in Canberra in the last month. But as I said earlier, feelings are not actions. Feelings are ephemeral. They can wash over the structures of violence and then recede, leaving nothing in their wake but the status quo. Real change needs choice and action on the difficult work of dismantling the structures that enable men’s violence, instead of tinkering around the edges with advertising campaigns and press releases. We need to do more than just hope that happens now. We need to demand it. And exact a price for failure. 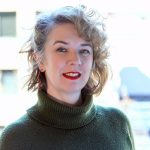 Jane Gilmore was the founding editor of The King’s Tribune. She has a Master of Journalism from the University of Melbourne and is now a freelance journalist and author, with a particular interest in feminism, media and data journalism.

Jane is the creator of the FixedIt campaign, which highlights victim blaming and erasure of male violence from news headlines. Her book FixedIt: Violence and the Representation of Women in the Media was published by Penguin Random House in August 2019. 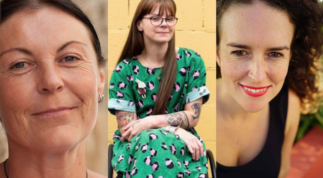 Agency & Resistance: Centring the Voices of Survivors in Violence Prevention 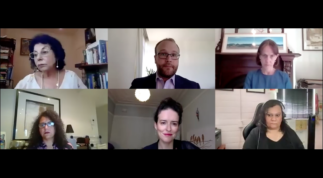 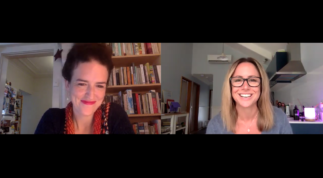