What this new political era means for women

As the dust settles, a deep sense of relief and quiet elation is visited upon the land. Hope is in the air.

Federal elections come and go. We have had forty-six of them since Federation. This ‘ho hum/nothing to see here’ sentiment was evident when former Prime Minister Scott Morrison agreed with his erstwhile Deputy, Barnaby Joyce, that his government’s recent devastating election loss was a case of Australians just wanting ‘to change the curtains.’

Most emphatically, this election wasn’t about changing the curtains, or for that matter, the menacing wallpaper. It was a wholesale renovation, including re-stumping, re-wiring, booting out some corrupt sub-contractors, hiring new builders, and some fundamental redesigning of the blueprint itself. What’s more, the incoming building team consisted of huge numbers of female tradies with an agenda in mind much broader than the choice of new drapes.

Richard Flanagan’s brilliant election post mortem, (May 26, 2022) ‘Morrison government’s fall marks end of Howard-era ascendancy’, The Sydney Morning Herald, has been far and away been the best on offer as various media analyses fumble to make sense of what occurred on 21 May 2022. The Morrison Government, he writes, ‘was no more than the sinister final act of a larger story that began decades ago when John Howard was elected prime minister in 1996… His ensuing success lay in speaking to what was smallest and worst in Australia’s breast: fear, greed, apathy, racism. It was a template for all that followed.’ According to Flanagan, ‘Howardism was to be taken up with a new aggression and misogyny by his self-declared love child, Tony Abbott; continued, despite his post-partum revisions, by Malcolm Turnbull; until there came a final decadent phase: the Morrison government, a rabble characterised by sleaze, scandal and self-interest.’

This overarching story has many sub plots. While not quite a full-on feminist revolution, up there in our thinking is the realisation that women voters around the country drove the result in several crucial, strategic ways.

Women’s fomenting unease sharpened suddenly with the brazen political management of Brittany Higgins’ rape allegation in early 2021, and the dismissiveness shown by the Prime Minister to women’s Marches for Justice around the nation (reader, you may recall him telling parliament that not far from here, such marches, even now are being met with bullets, but not here in this country). Tellingly, the support for the Coalition among women voters dropped immediately and substantially. It flatlined over the months that followed; and it expressed itself at the polling booths on election day. It is important to note that this shift in voter sentiment started with women. The shift among men and younger voters came later.

When Labor started to roll out policy that sought to actually address the needs and concerns of women around the country — like childcare, aged care, climate change, Indigenous justice, and integrity in politics — they were making their mark with women. With the Greens and Independents adding to this mix, the stage was set for a devastating loss for the Coalition and the hope of better things to come.

There is palpable relief in communities around the country as we stand by for historic action on the Uluru Statement from the Heart; action on climate change and a practical plan to support regional and rural communities in the transition from fossil fuel reliance; an end to the cruel treatment of people seeking asylum in the name of border protection; real action on wages, especially the wages of women working in aged care, early childhood education, and childcare, efforts to close to close the gender pay gap; the establishment of an Integrity Commission; and stronger support for public education. Finally, and at last, these important matters are on the agenda.

Apart from this broader policy picture, while the media focused on Simon Holmes a Court for his admirable role in helping fund ‘climate candidates’, it was mainly women as volunteers and candidates who fired up, and sustained, the successful movement which saw so many impressive women win seats in Liberal heartland such as Kooyong, Goldstein, Higgins, Curtin, Pearce, Swan, Wentworth, North Sydney and Boothby. This is no flash in the pan. For sure, we will see further iterations in other seats and at state level, in the years to come. At last, it looks as though the stultifying male-dominated two-party system of the past 120 years is coming to a slow end. A new standard of representation and accountability is being ushered in – set your moral compass as candidates, engage with constituents, listen to them; and if elected, act on their behalf, and serve the common good.

Thankfully, things will never be quite the same again, such is the significance of the 21 May federal election. There is a seismic shift now underway in terms of women’s representation, women’s voices, and policies more responsive to the needs and interests of women.

We only have to look at today’s announcement of the collaboration between the Dom Perrottet’s government and and the Victorian Labor government to provide free kindergarten in Australia’s two most populous states. When the conservative side of politics embraces modernity and progressive public policy, we know that the political and policy landscape for women is changing and will continue to do so. 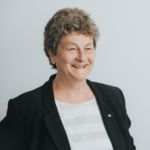 After an extensive public policy career, Mary became the executive director of the Victorian Women’s Trust in 1996. She has designed and led ground-breaking community engagement initiatives, such as the Purple Sage Project and Our Watermark Australia. In June 2012, Mary was appointed an Officer of the Order of Australia, for her distinguished services to public policy and advocacy for the advancement of women. In 2016, Mary won the Public Policy category as part of the AFR/Westpac’s 100 Women of Influence for her years of work in shaping public policy in Australia. 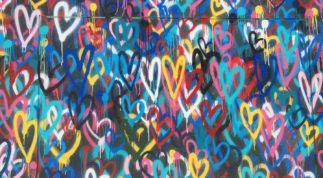 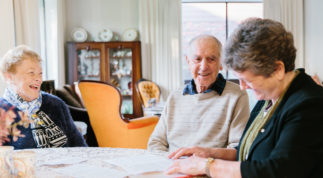 John Cain was a hugely important figure in my life, and in the lives of women and girls across the state. As premier from 1982-1990, he led one of the most progressive governments in 165 years of Victorian parliament. His contribution to gender equality was stunning. 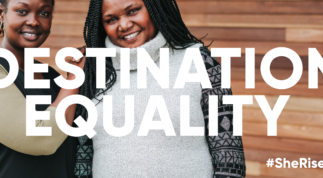