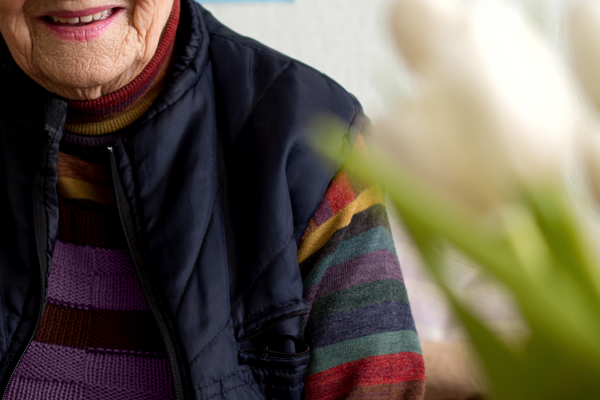 Rosalind, a woman in her mid 80s, wrote to the Victorian Women’s Trust recently. She had just finished reading our 2019 publication About Bloody Time: the Menstrual Revolution We Have to Have and said that she finally felt bold enough to share her own story, and the attitudes towards menstruation she had observed over the decades. In particular, Rosalind wanted to break down the silence and stigma surrounding menopause.

The timing of Rosalind’s letter was uncanny, as the documentary film, Giving Voice to Menopause (produced by She Listens) was about to be released. The film’s central message is that menopause is normal, biological experience and it deserves a place in our cultural conversations. Funded by the Wood Foundation and provided with in-kind support from VWT, Giving Voice to Menopause was created to ensure diverse stories of women’s menopausal experience to be shared and heard, so that we can expand our understanding of this important stage of life.

About Bloody Time and Giving Voice to Menopause are essential tools in breaking down the cultural taboos around menstruation and menopause, encouraging greater respect for this common biological experience, and each other’s stories.

“I was born in 1937. I have given About Bloody Time to both my daughters-in-law, to offer as much published information as possible as they approach their menopausal years. The book also resurrected my own family memories of this hormone-related upheaval in women’s lives.

During the 1950s, at my girls’ school and later in a university residential women’s college, my friends and I referred to our monthly period as “The Curse”. This was an easy way to explain you weren’t actually sick, just not up to doing much.
My periods arrived relatively late (I must have been about 14) and by the time I entered the university college they were heavy, accompanied by cramps. Bleeding for seven days was normal for me. Being introduced to tampons by a fellow student changed my life. The alternative was a sanitary belt — elastic round your waist, with metal or plastic clips front and back where you threaded the fabric ends of the sanitary pads.
Our generation went through a world war, where financial austerity was the norm. We’d heard about the women in Britain, forced by wartime rationing to “go on the rags”. Sanitary pads would have been a luxury, so rags were what was available — to be washed and dried for next time.
Today’s world is unbelievably different. Whoever invented wicking fibres did women a great service. You no longer sit on the discharge but above it, and sanitary pads have adhesive strips to hold them in place in your knickers.

My remarkable Mum had a difficult menopause in the early 1950s, although as an uninformed teenager I didn’t understand her behaviour. After one difficult day at home, with Mum shuddering and sobbing, I called our local GP. Mum was driven away to Larundel Mental Asylum, where the recommended shock therapy (ECT) was used. She was then transferred to the gentler Royal Park Psychiatric Hospital for rehab, and returned home quiet and somewhat stunned. Not that I understood why.

By the late 1960s, my own period had become a monster after two close babies followed later by a third. Still seven days bleeding, but also five days with a migraine and clinical depression (suffered by other members of my mother’s immediate family). I hated it. The family endured it. Then I had some unexpected luck. I came across a book called The Menstrual Cycle by Dr Katharina Dalton (Penguin 1969). Described on the back as  “a leading UK authority on the premenstrual syndrome”, Dr Dalton had presented her first paper on PMS to the Royal Society of Medicine in 1954, noting her work ‘opened up a new vista of Medicine’.
Her preface says: “There are a number of variations in the patterns of menstruation, which come within the bounds of normality, but have attendant discomfort and suffering, both physical and mental. . . . It is my hope that by opening up this subject to a wider audience I may induce women to appreciate that there is an answer to much of today’s unnecessary suffering.”
Dr Dalton’s initial advice was practical — for evidence, keep a chart with your own physical and emotional variables. Two months of my chart showed a clear pattern — invaluable data for a medico. Pre-menstrual syndrome was news to me and my anaesthetist husband. He referred me to a gynaecologist we both knew as a friend, whose response was remarkable. “I am but a simple gynaecologist,” his reply letter said. “I’m referring Rosalind to an endocrinologist, Dr J—— at the Royal Women’s Hospital.”

The outcome can best be described by Dr J——’s receptionist, who had worked in his rooms for many years. “I see new patients walk in, white- faced and often angry. They come out smiling from the consultation.” Lovely Dr J—— did that for me, initially by being a warm and thoughtful listener. His prescription was not HRT, nor tranquillisers (which he said didn’t work anyway). He gave me a list of supplements, available from the “health food shops”, most of which he had tested on himself.

The depression no longer hit, and the migraine was reduced to two days, with an old-style caffeine/ergotamine capsule to block it once it started. Some years later my husband reported meeting Dr Jim at a medical conference, and thanking him “for making our lives normal”. With kind Dr J—— on hand, once my menopause arrived I had no difficulty sailing through it. No fear, no ECT, no physical or mental upheaval, just gradual disappearance of the bleeding.

My recommendation for all women today, still struggling to cope with Dr Dalton’s “unnecessary suffering”, is to follow her advice — keep a chart for evidence, and consult an endocrinologist at a women’s hospital.”

About Bloody Time: the Menstrual Revolution We Have to Have is available for purchase via the VWT Shop. For updates about Giving Voice to Menopause, visit their website. 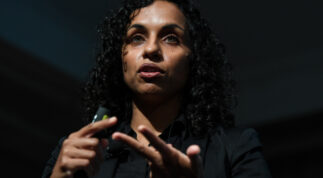 In pursuit of the critical mass: lessons from generations of political women

Activist and academic Ramona Vijeyarasa shares what she's learnt from studying women leaders around the globe, and her reflections from the recent VWT panel event, Women Represent. 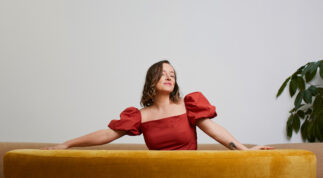 Why is the medical profession so quick to dismiss women's health concerns? Freya Bennett unpacks her experience. 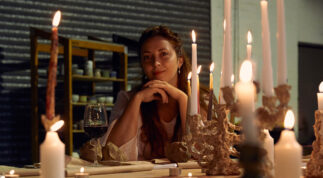 ADHD awareness: "I have always felt odd in the world and didn’t know why"

"Everyone has a different experience of ADHD and until now, I have never had anyone to talk to about how my brain functions"