Georgina Savage is the Creative Producer of The Trap, our new podcast about love, abuse and power, hosted by Jess Hill. Here, she tells us about why she made this podcast, and her hopes for it after its debut on Thursday 5th August.

Subscribe to The Trap and listen to a preview now.

I was in an abusive relationship for two years without knowing it. Since the damage inflicted upon me was psychological, not physical, I didn’t have the tools to recognise the toxic behaviours present in the dynamic, and therefore couldn’t mitigate their long term effects on my self-perception and sense of self-worth. When I eventually (luckily) did leave, only then was I able to start unpacking the mixed bag of tangled emotions that come with abusive relationships; the self-doubt, the rage, the compassion, the confusion. The shame. How did I allow myself to be degraded by such a relationship? How did I allow a man to convince me that I was “messed up,” “sexually broken” and probably the most insulting of all… “not funny”? How was I persuaded to cut ties with certain friends and even for a period stop speaking to my parents? How had I ended up in a situation in which I felt I couldn’t leave, because if I did it would be my fault for ruining his life? How had I fallen into this trap?

I didn’t know that the things I experienced in that relationship would be classified as “abusive” until much later, but it was around the time of this break up that I coincidentally (or not) began working on an idea for a podcast series on domestic violence and abuse in Australia.

There were so many questions surrounding the issue; why do people (mostly men) want to hurt the women, non-binary people, children and men they profess to love? Why are women (and non-binary people, and some men) in these relationships not supported by our society to leave such abusers? Why has this epidemic been raging in this country for decades without our politicians calling a state of emergency? Why do our systems perpetuate abuse to those most vulnerable in our society? I connected with Ally Oliver-Perham, Maria Chetcuti and Mary Crooks of the Victorian Women’s Trust, and we made it our mission to find answers.

When I read Jess Hill’s Stella Prize winning book See What You Made Me Do, my world erupted in lightbulbs. I ran out of highlighter pen as I scribbled fanatically into the margins. I could see the relationships of my friends, peers and icons in the stories of domestic abuse victim-survivors and perpetrators within those pages. I could see myself. Finally I had been given the terminology to describe my experience: coercive control. More than this, it offered me a glimpse into the minds of those who perpetrate abuse—people whose behaviour stems from a toxic cocktail of humiliated fury and shame ingrained by patriarchal socialisation. When Jess agreed to host, write and produce this podcast series, we collectively aimed to produce an extensive deep dive into one of the most insidious plagues on our society so that listeners are empowered with the knowledge we need to end it.

The Trap will be an invaluable tool for any victim-survivor or potential victim-survivor in understanding how coercive control works and the trap that it lures one into, but it will be revolutionary for the men who use abuse and control in their daily lives.

The Trap will be an invaluable tool for any victim-survivor or potential victim-survivor in understanding how coercive control works and the trap that it lures one into, but it will be revolutionary for the men who use abuse and control in their daily lives. It is the perpetrators and potential perpetrators who have the power to stop violence and abuse against women, children, non-binary people and men. It is the perpetrators who need to “do the work” to recognise the damage that patriarchy has done to their development, ability to communicate and capacity to love healthily. This series aims to hold perpetrators accountable for the abuse they inflict, whilst also endeavouring to understand their trauma and pain simultaneously. This series pushes our society to take responsibility for the “normal traumatisation of boys” which leads to low self-esteem, fear of abandonment, humiliated fury and shame. We must heal the broken parts of ourselves to break the cycle of “hurt people hurt people.”

This podcast series explores not only the insidious nature of abuse in interpersonal relationships, but also the systems and societal structures that perpetuate abuse.

This series shows that the state uses the same tactics of intimate partner abusers in its perpetration of violence and control against First Nations people and minority groups. Only once we begin to truly see the framework of patriarchal governance, colonial rule as the ultimate coercive controller and modern day examples of ‘power over’ as the predominant method of leadership, will we be able to ask if there can be another way. To truly dismantle the beast of abuse, we must first see how it operates.

The Trap is the series I wish I’d listened to when embarking on the messy rollercoaster of relationships as a teenager. I wish I’d had the vocabulary, the understanding, the empathy. It is a series that will challenge you, confront you and ask you to keep looking whilst others turn away. Abuse and coercive control are rife in our society; in our politics, our police, our social circles, our relationships, our selves. I hope this series gives you and your loved ones the tools to avoid abusive dynamics, to seek help if you are in one as either a victim-survivor or a perpetrator, to support those who are supporting loved ones currently trapped, and to help our society to better come to grips with this colossal problem. Together we can beat this. Thank you for listening. 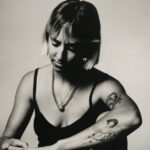 Georgina Savage is a documentary filmmaker, audio producer and podcaster. She is the co-creator and editor of Silent Waves (2018), co-creator, host and editor of The Invisible Hand (2021), and creative producer of The Trap (2021). Listen and subscribe to The Trap.