Diary of a Working Mum 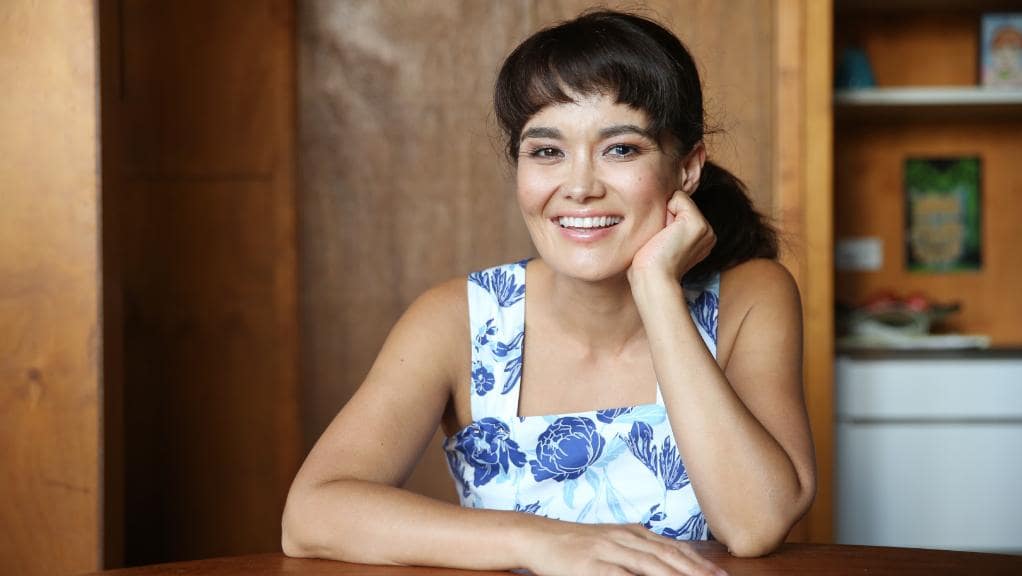 During peak lockdown I regularly took the kids to a park we would never normally visit because it’s a bit sh*t. It’s good that it’s a bit sh*t because other people avoided it so we had the whole park to ourselves.

At the old, popular park, my little boy wanted to drink from the bubblers. He’d already run his chubby hands along the metal bannisters while I shouted at him to STOP TOUCHING THOSE BARS and he’d grumbled while I rubbed sanitiser into his hands in a panic, racing to get it done before he picked his nose or rubbed his eyes.

For the month of April 2020, like most people, I was in a state of high stress and hyper vigilance but at the sh*t park when my 4-year-old begged that he was thirsty, I relented and agreed he could take a drink from the fountain. And then he stuck his whole mouth over the bubbler like he was sucking on a lollipop. A DIRTY, PUBLIC, CORONAVIRUS LOLLIPOP.

Pandemic parenting is for SUCKERS and I wouldn’t wish it on anyone… except maybe Tr*mp, the orange menace, the cheeto Mussolini (a pox on his house and may his bowels drip swamp-water into the saddle of his trousers for eternity).

Picture this: A hard-working feminist with two small children, a bigger kid who’s in year 12 and a stay-at-home dad. She is forced to spend all waking hours caring for her small children and large child and partner, all four of whom literally have to be told to “wash your hands!” every time they re-enter the house because they cannot find it in their mummy-dependent brains to remember there is a deadly pathogen lurking outside and that it would pay to wash their goddamn hands  — for me and for them. FFS.

This is me. I am the hard-working feminist. I am beyond pissed off.

Another variation is, “I didn’t ask for this.”

I’ve been working on a big writing project for more than a year, and deadline is looming. All I want is some peace and quiet to muck in, go deep, smear those words all through my hair and rub the mud of ideas into my eyes and skin and scrape it over my chest and massage it into my temples and write, write, write, write.

Instead I’m standing at the sh*t park watching the kids climb a tree, grinding my teeth. I’m so frustrated. The work that isn’t being done runs static over my retinas and I can’t see properly and mums walk past and wave and I don’t wave back because who the f*ck are those people, are they infected? And can they keep their kids away from mine?

The other day I told my own mum over the phone that my partner and I were “experiencing some difficulties and feel like we need a break”. She immediately took his side and said, “Of course he needs a break! He does so much! No wonder he gets a bit fed up sometimes…!”

I contend that my husband probably sits in the highest percentile of heterosexual dads for performing domestic labour, performing daily acts of attentiveness as a parent and generally not reverting to “traditional” gender roles in our home.

Lockdown for a working mother with small children is a special kind of hell.

The only way I can get my head around this — and it’s lousy but it works — is to imagine that I am the man in this situation. I earn all the money. (I do.) The assets are in my name. (They mostly are.) My partner wanted, and lobbied for us to have kids. (He did.)

If I were the man, I would be able to take the time to earn and write and do those things that keep the money rolling in — with impunity. With “Mummy guilt” immunity! I would also be encouraged to indulge in my need for hobbies, friendship and fun outside of the home because this is good for me and also “networking”. And I could do all this comfortable in the knowledge that my children will be home-schooled, washed, fed and socialised, with appropriate lashings of social distancing and generous squirts of sanitiser.

What lockdown did was shrink every bit of time either of us had. Work became a luxury, the children took centre stage and I watched female friends make devastating choices to back down from their careers for the sake of their families while their souls silently immolated. The whole thing was a slow-motion primal scream with the volume on mute.

Anyway, the lock down peak is over. Thank f*ck. I got my writing done and the book will be out next May.

The thing about lockdown is that when you’re in it, it feels like you’re going to be in it forever.

My 18-year old just said to me that if she had to do it all again, she’d plant a garden and practise more guitar. Friends have said they loved it. I can’t say I did but I know my kids better and I love their teachers with a profound appreciation.

If anything like lockdown happens again — and look, it feels like it will, doesn’t it? — I’ll be prepared. I’ll shave my head, do absolutely NO home-schooling of my children, I’ll leave the artisan baking to the artisan bakers, make it a priority to hit my work deadlines, and basically any other time I have? I’ll be camped out at the sh*tty park.

Yumi Stynes will be speaking about motherhood with Prof. Jane Fisher live on VWT’s Facebook page at 12pm AEST on Friday 12 June. Watch > 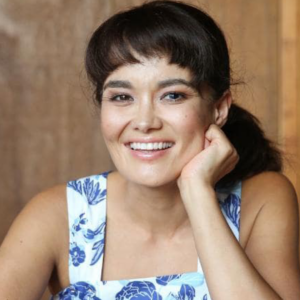 Yumi Stynes is an Australian TV and radio presenter, podcaster and writer. Yumi has presented the morning television show The Circle, and has also been a television presenter on Channel V and Max. Yumi currently hosts the ABC Radio podcast, Ladies, We Need to Talk, created by women for women, and it isn’t afraid to dive head first into the tricky topics. 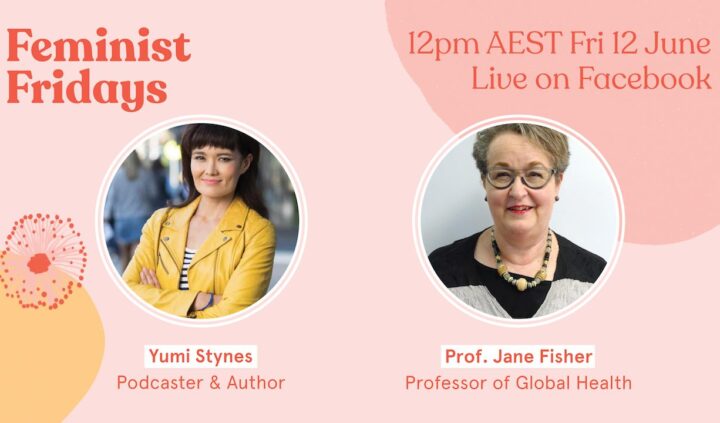 Yumi Stynes will be talking about feminism and motherhood with Prof. Jane Fisher on Feminist Fridays, a fortnightly live stream series presented by the Victorian Women’s Trust.

RSVP so you don’t miss a thing! 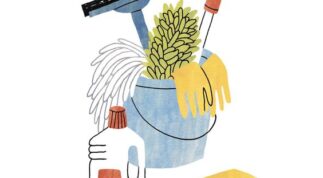 When your home is your workplace

Will a pandemic shake-up our thinking and policy practice around women’s domestic duties? One can only hope. 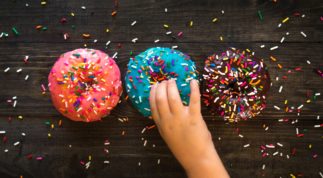 Five years on, I’m ready for the joy

Happiness is a complex thing at the best of times but especially after postpartum mental illness. Jessica shares her experience of both.