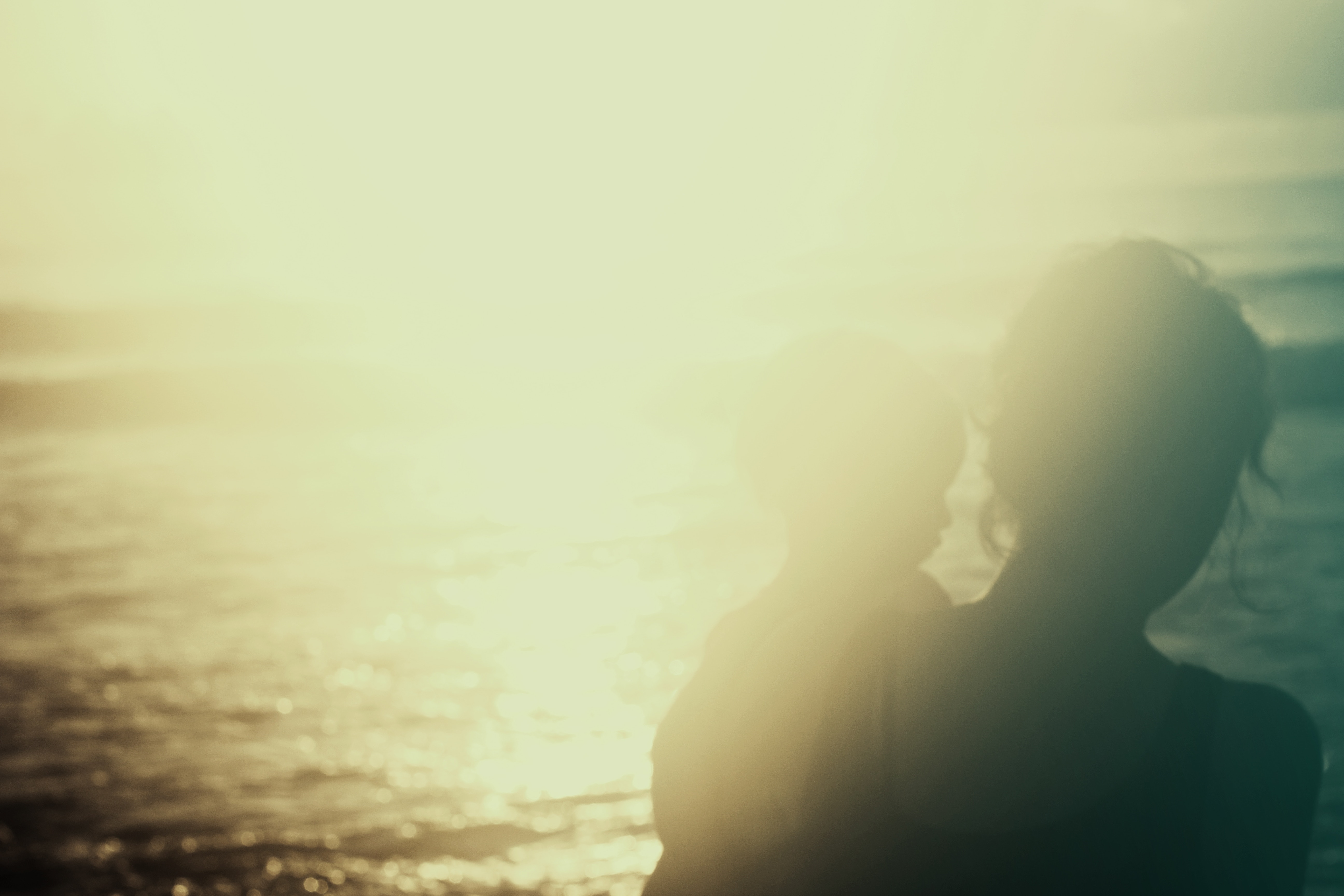 The “indispensable service rendered to the community by mothers, accompanied as it is by inevitable and special handicaps, and responsibilities, demands special consideration and provision”.

These words could have been written today.

Care work remains a service society cannot function without, and the extent of this role is still immense. Take out the word ‘mother’ and replace it with ‘grandmother’, ‘childcare worker’, or ‘aged care worker’, and it is still recognisably a responsibility largely shouldered by women, who, even now, are not paid equally for their work.

Those words were in fact part of the Australian Women’s Charter, written way back in 1943. It came out of an unprecedented event, Australian Women’s Conference-For Victory in War and Victory in Peace, in which 90 women’s organisations from all over Australia met in Sydney. The war was close to ending and women were demanding to be heard. In essence, they were asking, ‘when will women count?’ It’s a question we are still forced to ask today.

But even then, in 1943, these concerns were not new. In fact, these issues had been plaguing feminists since the 1880s. The women’s suffrage movement was far more than an inspirational, protracted and determined struggle for the right to vote. What is lesser known is the extent to which these women (with many men as allies) articulated a broader equality agenda, drawing together disparate groupings of women who not only sought the vote but yearned with real passion the chance to improve their lot. Louisa Lawson (mother also of Henry) spoke for many others in an early suffrage speech when she said she dreamed that she ‘would fight and struggle and better things for women.’1

Early suffragists understood instinctively that equality was not possible if women remained economically dependent on men or seen as less worthy of basic human rights. Barred from entering the Public Service in those days, women were mostly relegated to the emerging industrial economy, not surprisingly, to work in low-waged, gloomy factories or clerical positions. It was not long before women activists agitated for better conditions and equal pay, establishing their own unions for some collective muscle.

Suffragists were unapologetic in emphasising the need for economic independence for women across the board, including of women engaged in endless domestic work. Annette Bear Crawford and Vida Goldstein, two giants of the movement, argued that:

The work done by wives and mothers, is as essential to the State as that of men; and that of the vast majority is far harder than that of the majority of husbands, whose hours are limited, either by law or custom; unpaid domestic work is never finished.’2

Decade after decade since, women have campaigned for comparatively modest economic benefits for mothers such as a Maternity Allowance. This was finally introduced in 1913. Even then it was not a safe and secure measure, coming under cost-cutting political threat within only ten years’ of its existence. It survived this assault only because women came together in huge numbers and fought the good fight. Decade after decade, women have campaigned for equal pay, also with limited success.

Women repeated these same calls at the 1943 national conference which framed the Australian Women’s Charter mentioned at the outset. More than than 100 specific recommendations were made including action on economic security for women, support for a motherhood endowment, employment opportunity, action on violence, and uniform divorce laws.

Seventy years later, in 2018, and despite extraordinary economic growth and national prosperity, we’re still having to make the case for equal pay.

Women are still having to call for gender fairness in our superannuation system, even though the system has been in existence for over fifty years. For those women lucky enough to qualify for superannuation in this supposedly universal system, they enjoy considerably less financial resources than their male counterparts to carry into their retirement years. Mothers still remain materially unrewarded for doing the lion’s share of our society’s caring work. We know there is a serious inertia problem when a Senate Inquiry into Women’s Retirement Income presents an impressive array of recommendations to the federal government in 2015, but there is no carry over into public policy commitments by either major party in the election campaign the following year.

Our leaders can take the country to war within weeks. Are issues of wage justice and economic security for women so tricky they require several more decades to resolve? Or is it perhaps a case that no matter how well-intentioned have been all the campaigns over all the decades, they have nonetheless taken place on men’s terms, within a dominant political culture which still sees policy and budgets largely through masculinist lenses?

What if we were to start afresh, up-end the tired patriarchal notions that hold our society back; and design with boldness alternatives which work better for women, all women? What if we established a ‘greens field’ approach where care work is instead posited as one of the most critical parts to any society’s endeavour; where it is counted as significant economic activity; and then we frame institutional mechanisms for delivering on this change and the budget and material resources to support those doing the work? What if we ‘cancelled’ old ways of thinking, providing and pricing our child care systems?

What if we were to imagine a national superannuation system which actually counted the work that women do? And introduced some retrospectivity for those disadvantaged by the system to date? What would it take to imagine – and operationalise – a retirement income system in which no Australian woman slid into poverty and homelessness in her retirement years simply because she did her job?

At the Victorian Women’s Trust, we’re taking matters into our own hands. In a matter of days, we’re bringing together some of Australia’s boldest thinkers to tackle these issues and more at our Economic Security Summer Intensive. This Intensive will be headed up by eminent political economist Marilyn Waring, who, alongside with other inspiring experts like Richard Denniss, will lead us on our next step in a design journey in which we all put uninspired and worn-out policy practices to the side, and instead identify an action-oriented program for women’s economic security that learns from the past and shortcuts to the future. 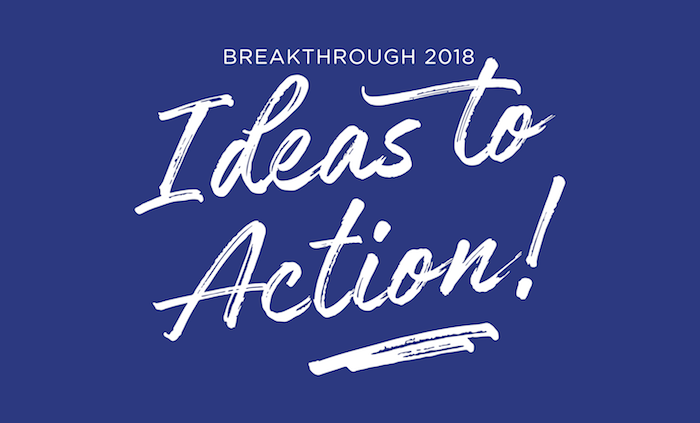 Be the first to know about the outcomes of our Economic Security Summer Intensive! Join political economist Marilyn Waring (NZ) and Chief Economist of the Australia Institute, Richard Denniss on January 24, as they help us map out a blueprint for a fair future for women and girls.

All proceeds support the work of the Victorian Women’s Trust and the Readings Foundation.

*Email allyson@vwt.org.au if you supported our #LetsBreakthrough 2017 campaign and have not yet received your special discount code. 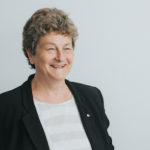 After an extensive public policy career, Mary became the Executive Director of the Victorian Women’s Trust in 1996. She has designed and led ground-breaking community engagement initiatives. In 2012, Mary was appointed an Officer of the Order of Australia, for her distinguished services to public policy and advocacy for the advancement of women. In 2016, Mary won the Public Policy category as part of the AFR/Westpac’s 100 Women of Influence. On weekends, she can be found walking her faithful Jack Russells or (hopefully) basking in the glory of a Carlton win.