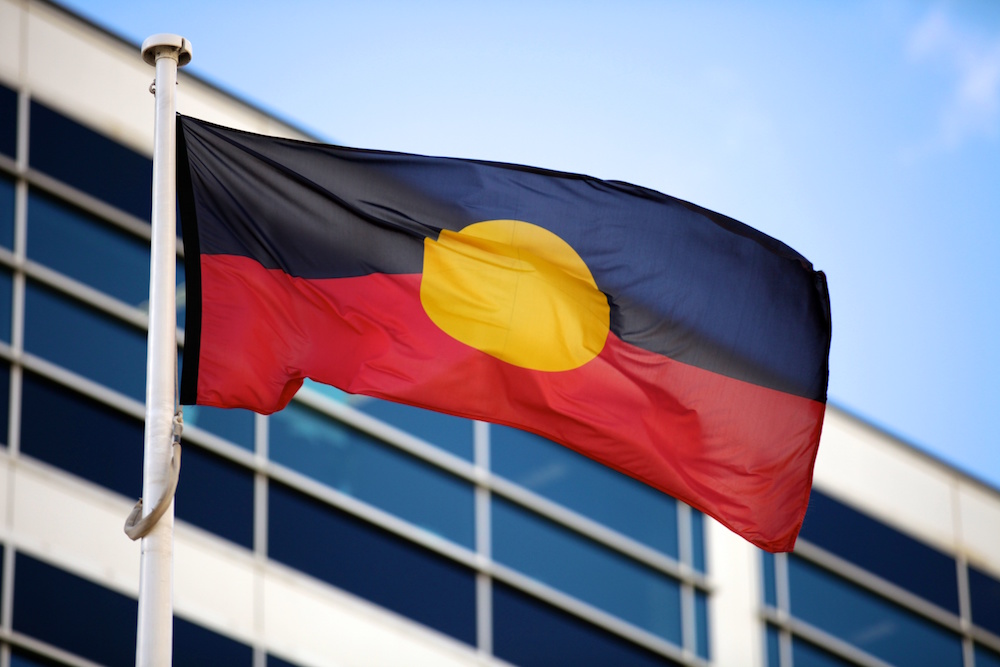 Celeste Liddle is an Arrernte Australian woman living in Melbourne. She is the current National Indigenous Organiser for the National Tertiary Education Union (NTEU). Celeste blogs personally at Rantings of an Aboriginal Feminist and is particularly interested in education, politics, and the arts. We are honoured to have Celeste speak at Breakthrough, a new gender equality event by the Victorian Women’s Trust.

On Nov 25 + 26, over 100 speakers will come together at the Melbourne Town hall for Breakthrough. Breakthrough is all about bringing big ideas, leading thinkers and passionate change-makers to the fore. Whether you’re new to the gender equality issue, or an expert in the matter, Breakthrough explores the realities facing us all, and steers us towards a brighter, fairer future. Tickets are on sale now >

Generally, as an Aboriginal activist and frequent protester, July means two things to me: NAIDOC Week and ensuring my thickest coat has been to the drycleaner before the worst of winter kicks in. I failed at the latter this year, though July is not over yet. When it comes to NAIDOC Week though, there was a certain irony that this week of Indigenous celebration and community activism fell immediately after the double dissolution election this year. For while we had much to celebrate, some new battles became all too apparent.

Immediately before the march in Melbourne this year, I was asked to be one of the speakers by members of the NAIDOC Committee. During my speech, I made the point of thanking the allies who had come to march in solidarity. I argued that at this time, when Australian voters are validating racism as mere opinion by re-electing a figurehead of these types of views in Pauline Hanson, it is more important than ever for people to take a stand against racism in this country.

And certainly, her rising again from the political ashes is a concerning development. Though it’s not concerning because suddenly racism has a place again in our political houses. We, in fact, have never been free from racism. How else can we explain the Northern Territory Intervention, both in its initial form delivered under the Howard Government or the extension under the Gillard Government? How else can we explain the mandatory detention programs and the extraordinary lengths successive governments have gone to ensuring some people never reach these shores? Hanson’s concerns regarding “Asians” may have been swapped for governmental fear-driven campaigns on Muslims, but generally speaking, all the rest of her policies of the 1990s were absorbed then redelivered by more articulate white blokes in suits.

Australia is now at a point where it’s not even trying to be subtle about expressing racism anymore. We’re actually okay with it being a visible part of our structures. Our media and politicians seemingly work hard at neutralising racism to the point of where we see their continual denials of it being an issue in this country.

Unlike the first time Ms Hanson graced the political corridors, this time is not down to political mishap. She has been actively voted in by a part of the Australian electorate. That says a lot more about the environment this country has fostered over the past twenty years than it does about how successful her election campaign was.

When I think about how so many commentators bent over backwards to excuse what Adam Goodes was being subjected to every time he took to the field, I shudder. When I hear anti-racist groups being referred to as “extremists” in the same vein of white supremacist groups, I wonder where we’re going to end up. When breakfast television shows compare Pauline Hanson to Nelson Mandela due to the fact that both have done prison time, I just want to put in a late application for Mars One and get out of here. There really seems to be no hope.

Yet this very environment has been one we’ve allowed to fester. We let John Howard play his history and culture wars. This in turn validated nationalistic fervour allowing, in its most extreme form, a space for the acceptance of fascist groups. We have allowed, through our choices at the ballot box, the demonisation of marginalised groups. We allowed the shelving of promised treaties between Indigenous groups and the rest of Australia nearly 30 years ago by the Hawke government. This could have contributed to a fairer today yet instead, the best the government is currently offering Indigenous people is our inclusion in the Constitution which was written in the first place with our erasure in mind.

I think it’s striking now that after all this, we are seeing the rise of a new cohort of Indigenous activists taking the fight to the streets. Young Aboriginal people are highly politicised. From a young age, we’re immersed in it and we cannot escape it. Not in Australia where our inequities have not only been legislated, but have been actively celebrated.

A lot of the people leading the charge right now were just a few years old when Pauline Hanson did her Maiden Speech. Their entire formative years were spent almost entirely during the Howard Era. Following Howard, they have been disappointed by successive governments who have failed to make things better for our communities. These activists are currently leading the Stop the Forced Closures rallies and collaborating on the Black Lives Matter movement. Their strength is inspiring and the fact that so many of them are women is incredibly pleasing. For who knows better than Aboriginal women that things need to get better in this country?

Which brings me back to NAIDOC Week. Here is an entire week of celebration and protest which, for the most part, is not embraced by most people in this country. It is a week which has its roots in protest events which happened nearly 80 years ago (with the 1938 Day of Mourning). We live in a country which can mark a horse race with a day off yet doesn’t see fit to celebrate the oldest continuing culture on the planet. The closest we can get is a special round at the AFL; a sobering reminder that we only celebrate Aboriginal people when they’re good at sport and then only if they’re men.

NAIDOC Week offers an opportunity for non-Indigenous people to engage, be educated and be activated. It needs to move beyond the community and loyal allies to be something which this country actually embraces as an integral part of our identity. It is currently more important than ever for those who say they care about Indigenous issues to show this solidarity. If they don’t, then this cycle of racism is doomed to repeat itself again.

This article was originally published in the Victorian Women’s Trust monthly e-publication, Sheilas, for their July ‘NAIDOC’  Edition. 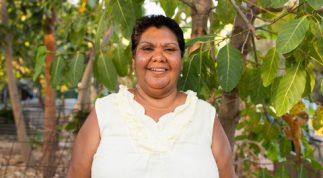 We had the privilege of interviewing June Oscar AO, a Bunuba Woman from the Central Kimberley Region and one of Australia’s great Indigenous leaders. She is joint CEO of the Marninwarntikura Fitzroy River Women’s Centre where she has played a key role in uncovering and addressing the extraordinarily high number of children afflicted by fetal alcohol spectrum disorder (FASD). 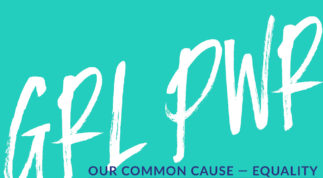 GRL PWR: We'll Tell You What We Want, What We Really Really Want

Girl Power is the gender equality motto of young women everywhere. And for good reason. Today’s girls are unstoppable, and they are not putting up with...