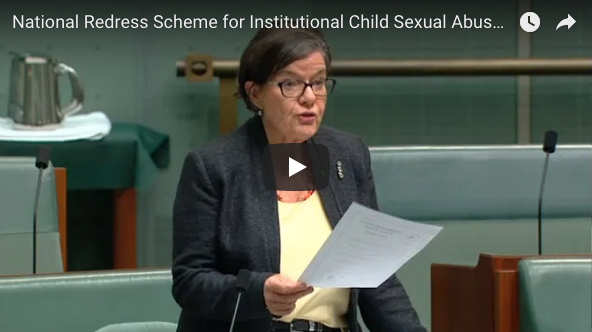 We are proud to be formally acknowledged by The Hon. Cathy McGowan, Member for Indi, as part of her speech last week to the Senate on the Royal Commission into Institutional Child Sexual Abuse and National Redress Scheme.

Cathy honoured and thanked all those responsible for the Royal Commission into Institutional Child Sexual Abuse, including the role of the Care Leavers Australasia Network, and spoke about the impact on the diocese of Sandhurst. She also commended our initiative, The Paradox of Service, for its research and action into achieving fair outcomes for those who leave religious orders:

[I would like to] … take a few minutes to talk about the importance of having a champion in your corner; the Victorian Women’s Trust talks about the experience they’d had with nuns who had left religious orders and their ability to advocate on behalf of the nuns to get appropriate redress.

[The Victorian Women’s Trust] say that for each of the former religious, they have been rely every step of the way on an advocate who is trusted and effected in representing her position, and efforts to gain some personal relief. [The Victorian Women’s Trust] also talk about a significant aspect of this experience is that the religious orders themselves have come some way with a profound recognition for past hurt, and in a large measure, this is because they have had to listen in the right spirit to the formerly religious people but also had to deal with trusted brokers with a commitment to see some form of redress.”

Paradox of Service is the first of its kind in the world. It began in 2009 as a research paper that proposed a way forward in redressing the unjust treatment many ex-religious have experienced leaving the church. In the following years, the Paradox of Service team – led by VWT Executive Director Mary Crooks AO and two key volunteers, Hilary Irwin and Susan Powell – developed a hands-on, independent advocacy program that negotiated on behalf of ex-nuns who had been mistreated by their former order. After years of unpaid labour, these women had left their orders to find themselves alone and struggling to make ends meet. Some were treated badly inside the order and found that, after making the difficult decision to leave, they were provided no welfare or financial support to start anew.

Through the Paradox of Service initiative, the Trust has been able to negotiate for various financial settlements and formal apologies to be issued by the orders. These settlements and acknowledgements have helped to alleviate some of the pain the former religious have carried for years after leaving the church.

As Cathy expressed in her speech, while some religious institutions have come a significant way in acknowledging the pain inflicted on many, there is a great deal further that the Church can go to practically redress the situation.

“I think there’s a lot more, in terms of humility and in terms of practical signs of sorrow, that they [religious institutes] could make to our survivors”.

The Victorian Women’s Trust is working to turn the Paradox of Service into a framework model that can be adopted by all orders. This framework would demonstrate a better way to effect redress inequalities more humanely; sharing the stories of survivors and stating the responsibility of the order to provide support for those who choose to leave in future. 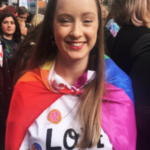 Emily Holding
Emily is a volunteer at the Victorian Women’s Trust who primarily works on Here She Is, an online directory that showcases women and non-binary people. Emily is studying a bachelor of Arts and Music and likes to spend her weekends seeing live music, theatre and drag shows. 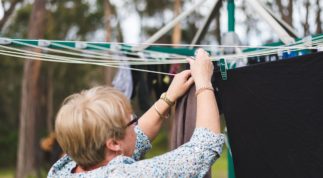 In 2009, we published a research and discussion paper, ‘The Paradox of Service', lifting the lid on the mistreatment of former religious women when they left their orders. 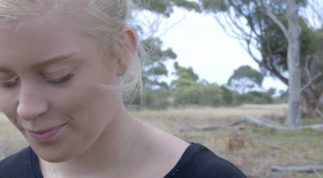 Grace Under Fire, a documentary short from the Victorian Women’s Trust, shines a light on the hidden epidemic of workplace sexual harassment facing young women in regional and rural Australia. Recent research by Australian National University academic Dr. Skye Saunders shows that 73 per cent of women in rural and regional Australia experience workplace sexual harassment. Find out how to host a screening of this important film in your area.