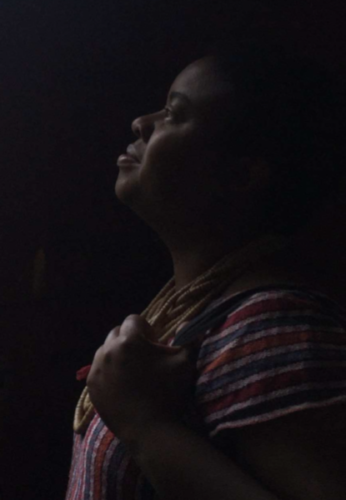 My feminism will be intersectional, or it will be bullshit

The local women’s march is pink-dressed, determined, alive.  The cheering chanting mass streams past the inner-Sydney sights. A bold sign centre-crowd floating up on high says: I’ll see all you nice white ladies at the next Black Lives Matter march, right?

Half a million knitted pussycat hats walk angry-calm on Washington. They chant: “We’re women. United. We’ll never be defeated.” My feminism is the black sister: white cap; fierce as— you know the one. There she is, nonchalantly sucking on a lollipop while bearing a hand-painted placard that says: Don’t forget, white women voted for Trump.

My feminism can respect Germaine Greer’s legacy, but detest her transphobic ways.
My feminism will be critical, and analytical, and brave.

My feminism will not reveal itself as White Feminism at 13, Queer Feminism at 25, and POC, or Aboriginal or First Peoples, or Disability Feminism if you identify, are ultra-left, are bleeding-heart, are so inclined.

My feminism would not anti-think-piece Beyonce`s pregnant glow, because my feminism remembers the brown children bought and sold.
My feminism slips unseen through the bars and razor wire.
My feminism will amplify the songs of the silenced.

My feminism does not complain about middleclass childcare fees, without campaigning for the women who childcare on a minimum wage index freeze.

My feminism does not go smashing glass ceilings at the same time it builds glass walls.
My feminism will be class aware, or it will have no class at all.

My feminism is uneased by unceded land; was sung by Audre Lorde; knows Wilma Pearl Mankiller.
My feminism haloed Harriet Tubman and signed the Statement at Combahee River.

My feminism can smash glass ceilings and walls.
My feminism is wondrous, and will elevate us all.

Maxine Beneba Clarke is an Australian writer of Afro-Caribbean heritage. She is the author of the ABIA award-winning short fiction collection Foreign Soil. Her latest poetry collection Carrying The World won the 2017 Victorian Premier’s Award for Poetry, and her critically acclaimed memoir The Hate Race is currently long-listed for The Stella Prize. She writes for The Saturday Paper.