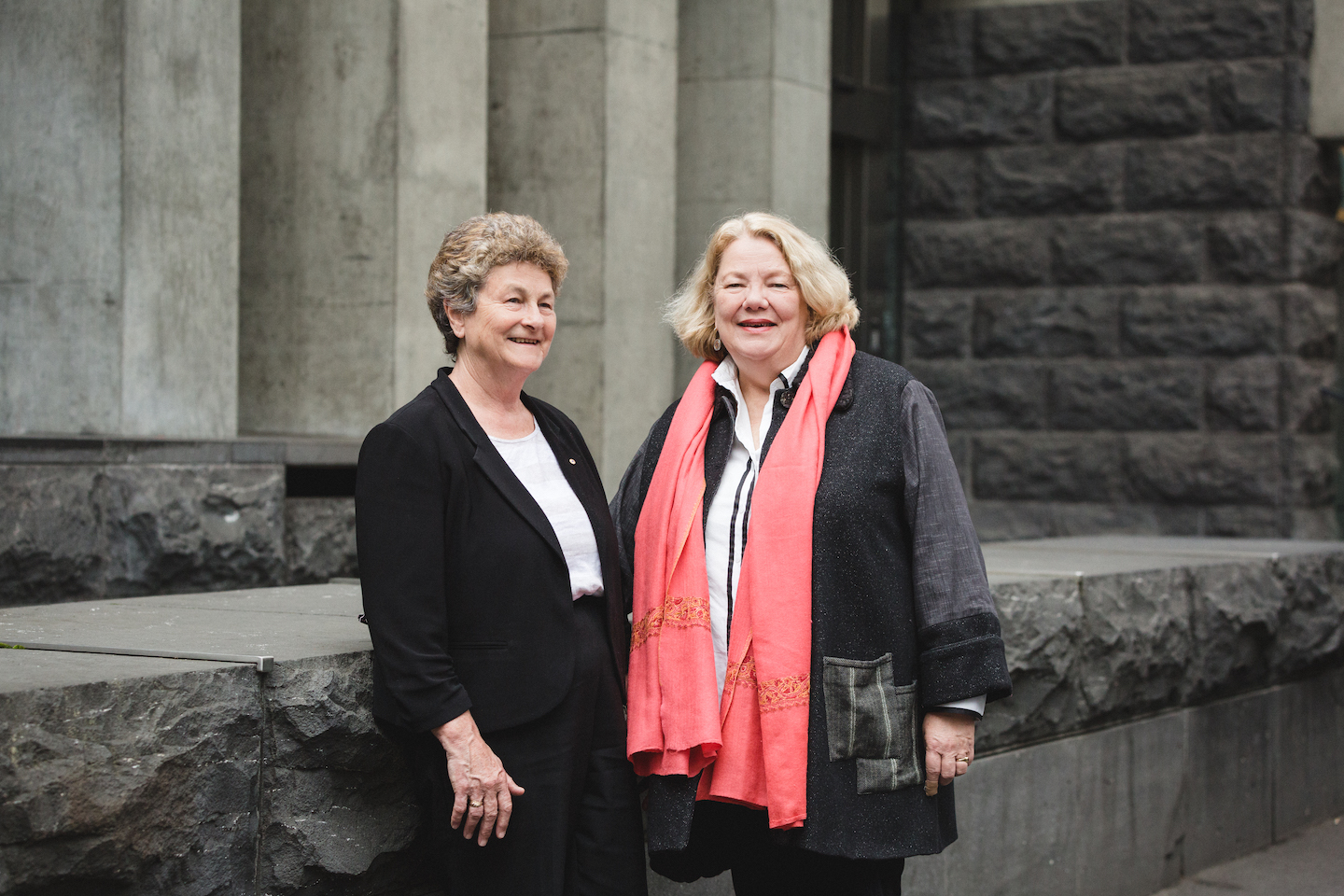 Alana Johnson (pictured right) is the chair of the Victorian Women’s Trust (VWT). Working collaboratively with executive director Mary Crooks AO (on left), they have furthered a legacy of inclusive feminism and bold thinking at VWT.

Both Alana and Mary are from country Victoria and had long admired each other’s work before actually meeting in person. Their relationship as Chair and ED is the linchpin of our organisation. They’re also great friends.

“I was a Trust supporter from the beginning. I attended its first major fundraising event at the Melbourne Town Hall. There were about 700-800 women present. I walked in there and it took my breath away. I’d never seen so many women in the one space, under the one roof, ever in my life. It was a boiling hot day, the refrigeration had broken down and there was all this amazing food at each table that we shared as women; it was just a phenomenal experience.

Robyn Usher was the MC, there were young women from the Victorian College of the Arts singing the most extraordinary duet from Lakmé – Dilebes’ opera. It was spine chilling. That was my first fundraising engagement, and I was a supporter thereon.

When the Victorian Women’s Trust was 11 years old, I decided that I wanted to be the Executive Director. So I applied for the job, had my first interview. They didn’t contact me on the Friday so I thought I’d not got the job. I told myself over the weekend I didn’t want it anyhow, and then they rang me on the Monday! And the rest, as they say, is history.

I knew a lot about Alana before I met her because of her central role in carrying the flag for regional women in agriculture. I’ve had the good fortune to get to know her very well ever since. She’s a born collaborator, Alana. She’s also an utterly authentic person, there’s no airs and graces. The Alana you see and hear is the Alana you get when you get to know her. She’s got a fierce intellect and a great sense of humour. I remember being in Queens Hall with Alana many years ago at a function and it was just a revelation to me to see her working the room. She was like a heat seeking missile, the way she just went to people. But, Alana networks purposefully and it’s not for self-aggrandisement; it’s always for social purpose.

Having Alana as Chair has been a transition to another great leader but in very different ways from Duré. They have in common a fierce commitment to the values they share, but their styles are different. We forged early in the piece another great relationship between the ED and the Chair of the Board, and it remains a fact that this is the most important relationship in any organisation. I feel very blessed, actually, in my long time at the Trust, to have experienced the great leadership of Duré, and now Alana.

One of the telling things about Alana was that, after we had worked up the Breakthrough program in the office, and briefed her about it, she quickly got her head around the whole concept, including her own role as a presenter. She immediately saw the significance of Breakthrough as a culmination of many years of Trust work. And, because she owned it as a concept, and understood its feminist embrace (in terms of structure and topic areas) she then became a fabulous presenter and she also became a great ambassador for Breakthrough 2016 in the months before, and in the time since.

Breakthrough 2016 was such an important moment. I see Breakthrough as taking us from the giddy heights we reached over the two days, to a further scaling of the mountain.

In 2018 and beyond, we will release the Breakthrough actions that we’ve been working on in areas of violence, economic security and equal representation, all of which are a combination of bold and ambitious ideas that are completely feasible. I have no doubt we’ll reach new heights in 2018.” 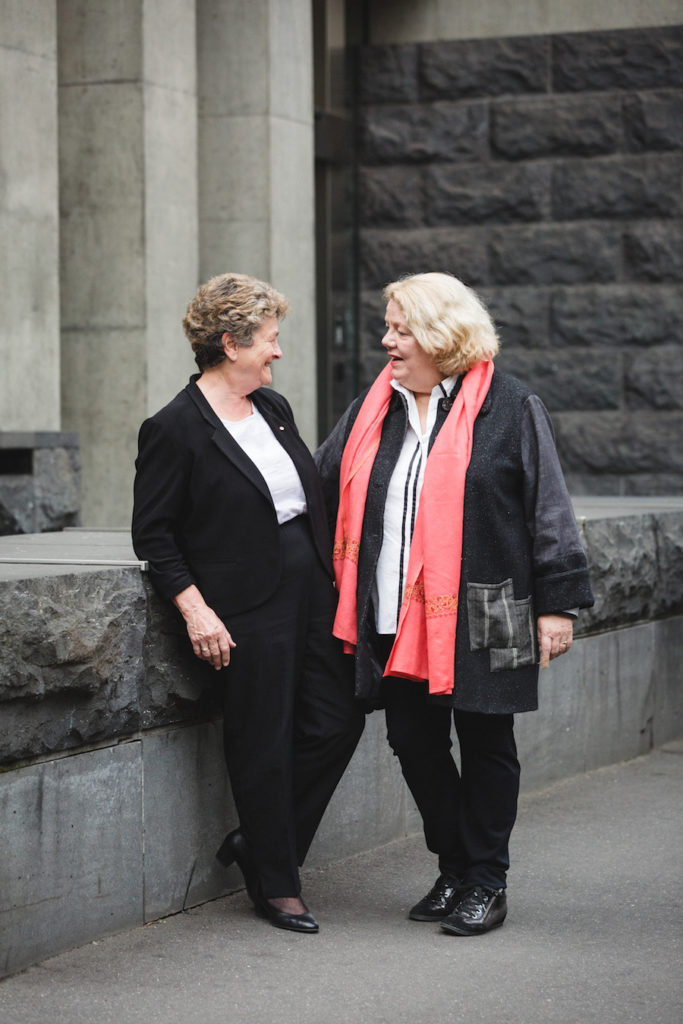 “I became a member of the Victorian Women’s Trust way, way back in the late 1980s. At the time, I was involved in the rural women’s movement, and the Rural Women’s Network. We were so new at trying to introduce any sort of feminist thinking into the bush and were experiencing some backlash. We had to learn fairly quickly that we couldn’t use the word “feminism” in the bush, so the Trust was like a leading light, somewhere I could learn things from.

My first galvanising point around VWT was when Mary brought political economist Marilyn Waring to Mansfield so that rural women could have an opportunity to hear her speak about her book, Counting for Nothing. That was fantastic and set alight new conversations for us. It was probably was my first time of actually meeting Mary too. I was impressed that Mary was bothered enough to include rural and regional women. A lot of people just didn’t have any sense about rural women and their needs. At the time, I didn’t even know Mary had come from a country background herself.  But the fact that she bothered and understood, I thought, gosh, there’s an ally here. That was my first impression of her.

Being on the Board in the early days was a really good experience. Having had formal training at the Australian Institute of Company Directors, and been on many government boards and advisory committees, the VWT board was a great balance for me. Unlike most other organisations, VWT has not got sucked into a sort of male designed governance structure. We’re all about relationships, sharing knowledge, everybody around the table being valued and very much on an equal basis. The same goes with the staff too. It has been little bit of a saviour for me, as we continue to work in what I would call a feminist framework placed over the governance framework. There’s very few places that do that. Coming onto the board was meant I could well and truly wear my feminist hat loudly and proudly.

It’s a totally different relationship being on the Board, to being Chair. On the Board, I had certainly been well aware of the creative force that Mary is, and her ability to go beyond what everybody else is thinking. The Board provides resources, and hopefully funding and backup, but Mary was the light with an incredible capacity to see where to go next.

I truly believe that the relationship between a Chair and the Executive Director in an organisation is the linchpin. If that relationship is working well, then a lot flows from it. Mary and I are well suited because we’re both very upfront. We put things on the table and deal with it. We’re committed to open, honest and transparent communication and I feel that we have a very good understanding. Breakthrough 2016 was like a number of other things at the Women’s Trust; that is, it’s sort of like getting on a rollercoaster.

The Victorian Women’s Trust works at its best when it comes up with some extraordinarily creative and bold idea, which normally flow through Mary, and people get inspired by it, and then it gets built along the way. That requires a lot of trust. It’s not like a project that’s all defined, locked down and funded before you start the journey — you’re on the ride already. It takes a very high level of confidence.

I had that confidence because I had been around for so long, seen the calibre of people here and I knew how Mary operated. So for me, it was sort of like deciding yes, I will sit up front on the rollercoaster, take in the highs, lows and the scary bits or face the darkness sometimes, knowing that we couldn’t determine at the end exactly what was going to happen; whether we get all the numbers, if we would get enough sponsorship, what sort of debt (or not) we’d end up with, whether we really could ramp it up and get the calibre of people that we wanted! But of course, Mary would ring me up and I would be reassured all the way along the way as Tanya Plibersek had said yes, Rachel Griffiths said yes, and so on. That was wonderful.

I think part of the excitement of being at the Trust is that it’s a rollercoaster ride, and a team working together. Loyalty and trust gets us to greater heights than most other places because we’re prepared to take the ride.”

As told to Ally Oliver-Perham. This interview appeared in our 2016-17 Annual Report. 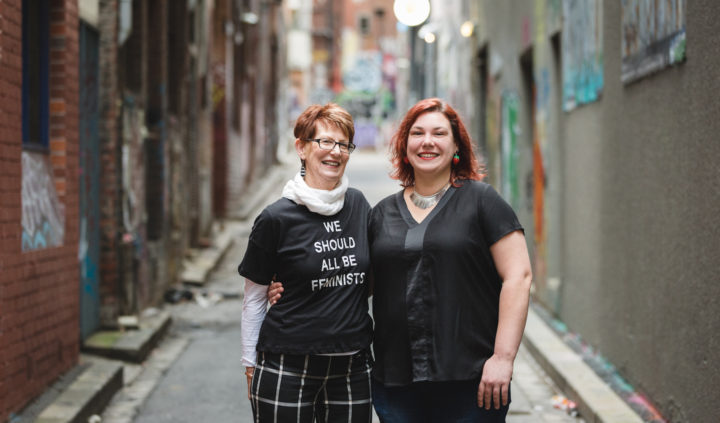 We love a good story.

Dig deep into our series #StoriesThatMakeUs and get to know the people who make up our community. 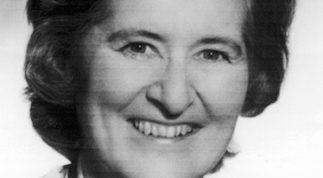 Committed to increasing opportunities for women, particularly for rural women, Jean played a key role in the final deliberations to set up the Victorian Women's Trust. Part of the formal minutes of a meeting in January 1985 records that Jean had to hurriedly leave the meeting after a telephone call to inform her that her Kyneton farm was ablaze.