Meet Le Ho: A woman who will ‘never, ever give up.’ 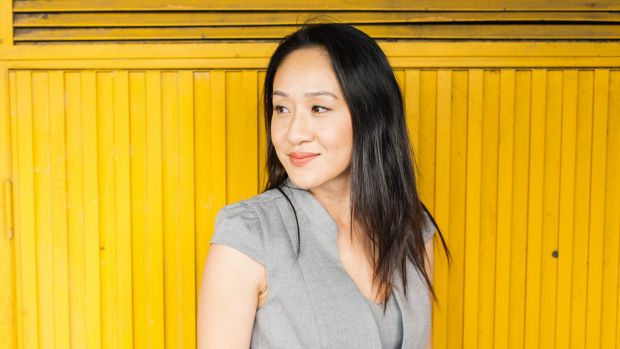 As of 2016, women run 34% of all small businesses in Australia. That number is steadily growing, supported in part by a drive from female entrepreneurs to share information and resources, opening the business community up to more innovative women. One such woman is Le Ho. Arriving in Australia as a refugee from Vietnam, Le has successfully tried her hand at everything from bridal wear to waste management, turning a failing business into strong money maker. Since then, she has acted as both mentor and inspiration to other women entrepreneurs.

Speaking to the Victorian Women’s Trust, Le expressed her firm commitment to championing gender equality and women’s rights in Australia. “The importance of gender equality resonates deeply with me, having significantly influenced my entrepreneurial flight thus far. I believe women should not have to fight for parity; it should be a birthright.”

We are thrilled to announce that Le Ho will be joining us as a key speaker at our Breakthrough event in November, where over 100 speakers will gather for two days to celebrate diversity, build momentum and shape the future of gender equality in Australia.

Le Ho is the very definition of a success story, having led the way in a male-dominated industry. She had her first taste of business success at age 20 with her bridal retailer ‘Honey Bee’. In 2009, she took the plunge into a new industry by purchasing then failing business Capital City Waste Management. Within five years, Le grew the business beyond all expectations, from losing around $20,000 each month to turning over millions of dollars a year. In the male-dominated industry of waste-management, Le was often discriminated against for both her gender and youth, but never let that stop her. As Le describes, “when I went into owning a waste management business I was always dealing with men in their 50s and 60s who had been in the industry for 30 to 40 years…People were making bets on how long it would take me to go under.” Le turned Capital City into a leader in the provision of sustainable waste management solutions, working eighteen-hour days in the first year and doing everything herself, from the books to driving the collection trucks.

Fellow entrepreneur and Founder of Rare Birds Jo Burston, Le’s resilience and approach are not only the key reasons why she has had such success in business, but are also what make her an inspirational business leader.

“She has this attitude that she will never, ever give up. When she started with the business she had just had a baby, and then she tackled a male-dominated industry with hardly any capital and she was running it from her car… and she knew she could turn it around because of her tenaciousness and skills and attitude and that’s exactly what she did.”

In March 2016, Le successfully sold and exited the business, starting a new venture as the Director of a group of companies including Aspiring Promotions, Zero Waste Management and the Sustainable Solutions Group. Le is passionate about encouraging and inspiring entrepreneurs to find their own platform and voice. In 2014, she was named not only as one of the Australian Financial Review and Westpac’s 100 Women of Influence, recognising women “helping shape a vibrant, inclusive, economic and social future for Australia,” but also as a national finalist for the annual Ethnic Business Awards. She is active as mentor in the organisation Rare Birds, believing strongly in their vision to create a global community of female entrepreneurs and supporting women in business. Le is known as a gifted public speaker, and frequently speaks at an international level.

For Le, speaking at Breakthrough is a further chance to encourage and inspire female entrepreneurs and work collectively towards gender equality.

“I’m excited to be a part of this event as it provides another platform for women to share their stories of trials and triumphs. The event encourages conversation centred around inspiring and encouraging other likeminded individuals to aspire to their goals.”

Join us in shaping the future of equality! Rub shoulders with change makers like Le Ho, Tara Moss, Rosie Batty and over 100 more movers and shakers — together we’ll build momentum as a group and plan our pathway forward.

What does it mean to be #SelfMade?

‘Self made’ is a combination of words that assert independence, vision and tenacity — which are perfect descriptors for entrepreneurs Jo Burston (founder Inspiring Rare Birds),...