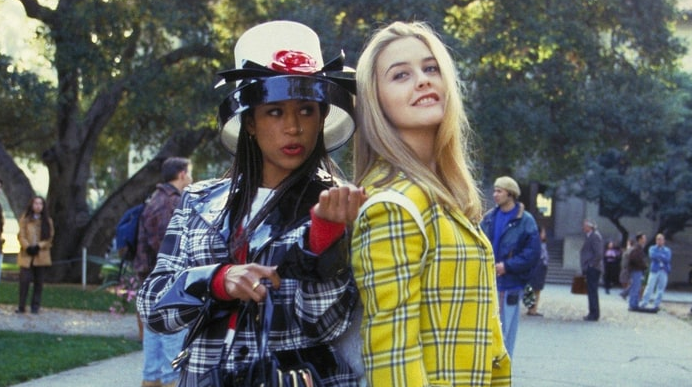 How do you successfully broach the subject of economic security, particularly that of later life, with young women? Have a young woman who is offensively hopeless with money write the article, for a start.

The irony of my writing about younger women’s economic (in)security and financial (il)literacy cannot go unacknowledged. I am 24 years old, I live more or less week to week, and my emergency nest-egg would immediately smash if I threw it at a month’s rent. My budgets are tacked up on my wall, impeccably organised and tastefully colour coded. I know that I have some superannuation, but across multiple funds, because I never remember the name of my original. I know that I need to consolidate it, and I’ll do it soon, I say.

Financial imprudence loses its charm with age. It’s hardly charming to begin with, but arguably more forgivable. The difference between watching Cher Horowitz in Clueless or Rebecca Bloomwood in Shopaholic when you’re 15, versus ten years onward, is that their flippancy has become monumentally annoying.

Interrelating factors, in both private and public spheres, have women on the economic back foot. We earn less than our male counterparts throughout our lives and tap out at the end of the game with scarily less. This has to do with the kind of work that we can undertake, how much we can earn, how much we can save, how much super we can accumulate, our relationship status, whether or not we took time out to care for family or to have babies, and if paid parental leave or childcare were options available to us.

Last year, at the Victorian Women’s Trust’s Breakthrough event, Dr Richard Denniss gave a talk that was as hilarious as it was enlightening. He spoke of the three big lies about Australian women’s economic standing. The first is that women get a raw deal in the labour market and income distribution because they make bad choices. Bad choices like working in lower paying jobs, failing to negotiate better money and having to take leave for unpaid work, you know, those choices. The second is that policy has not changed because there’s not enough evidence, and the third is that there isn’t enough money to address the disparity anyway.

The buyers and investors of these big lies believe that young women cannot, and will not, do anything to help themselves. Women’s financial tom-foolery is put down to an incapability, on the assumption that the financially literate and mathematically savvy parts of our brains get lost somewhere in our easy-bake ovens. Beyond Australia’s policy biases, stereotyping and markedly gendered differences in the things that men and women are encouraged to handle, perpetuate the idea that females and finances cannot mix.

Women are fundamentally disadvantaged by the forces at play within a system that isn’t designed for us, managed by many powerful people for whom it is, and like it that way. Like knowledge, money is power, and it’s high time that we stopped relinquishing it with an “oops” attitude.

Superannuation tends to be shrouded in language and processes that women experience as particularly intimidating and overwhelming, thus it ends up in the i’ll-do-it-later basket along with things like organising private health insurance and calling family members. Studies such as the Victorian Women’s Trust’s research report Not So Super and Percapita’s research report of the same title, Not So Super (are you sensing a theme here?), show that when it comes to retirement income, young women have only general understandings of key concepts and functions, and aren’t sure how to improve their comprehension and control.

Super is essentially a tax effective, long term savings investment for retirement, and it works best for well-paid people who don’t take time out of the workforce to care for children or elderly family members. Your 20s and 30s are said to be the most financially beneficial years to grow your super, while your assets are presumably few and modest, by opting for greater investment options and salary sacrificing extra money into your fund.

Given that these are the years in which many women take up unpaid work, preventing them from making uninhibited financial gains, it’s critical that women know how to make it work for them as best it can.

At this rate, broadly speaking, most young women will retire with a superannuation balance that could be kneaded out for maybe five years. There is the age pension to look forward to, though. Available to you only if you have little else, at best, is the bargain amount of about $404.15 per week and is predicted to become less lavish as time goes on. So it goes.

User-friendly websites such as Women Talk Money and MoneySmart are places to start for information, steps and guidance to navigate the super set-up. Take charge of your super by:

Call different funds and refuse to hang up feeling confused.

The thing about time and money, is that you won’t be wishing for more if you don’t lose any to begin with. We all want to live and feel all shades, tones and variations of mental and physical experience possible in life, and this urge will long outlive our 20s, 40s and even our 60s. Our ability to fulfil it, to wander, to marvel, to do and to have, depends on our ability to exercise our agency.

The onus is on us. Let’s breakthrough.

Stand up for women and girls — join our #LetsBreakthrough campaign
Let’s use our collective power to address women’s economic security and safety, once and for all. We’ve done the research into ways to remove barriers to gender equality. Now, it’s time to put our ideas to the test. Please chip in and help us to get this critical next stage over the line.
Learn more: breakthrough.raisely.com #LetsBreakthrough 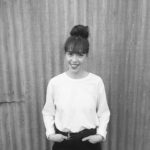 Sophie Bliss
Sophie is a volunteer at the Victorian Women’s Trust and an International Relations major at the Royal ​Melbourne Institute of Technology. Originally hailing from sunny Queensland, Sophie now resides in Melbourne and is fast learning the art of rugging up.