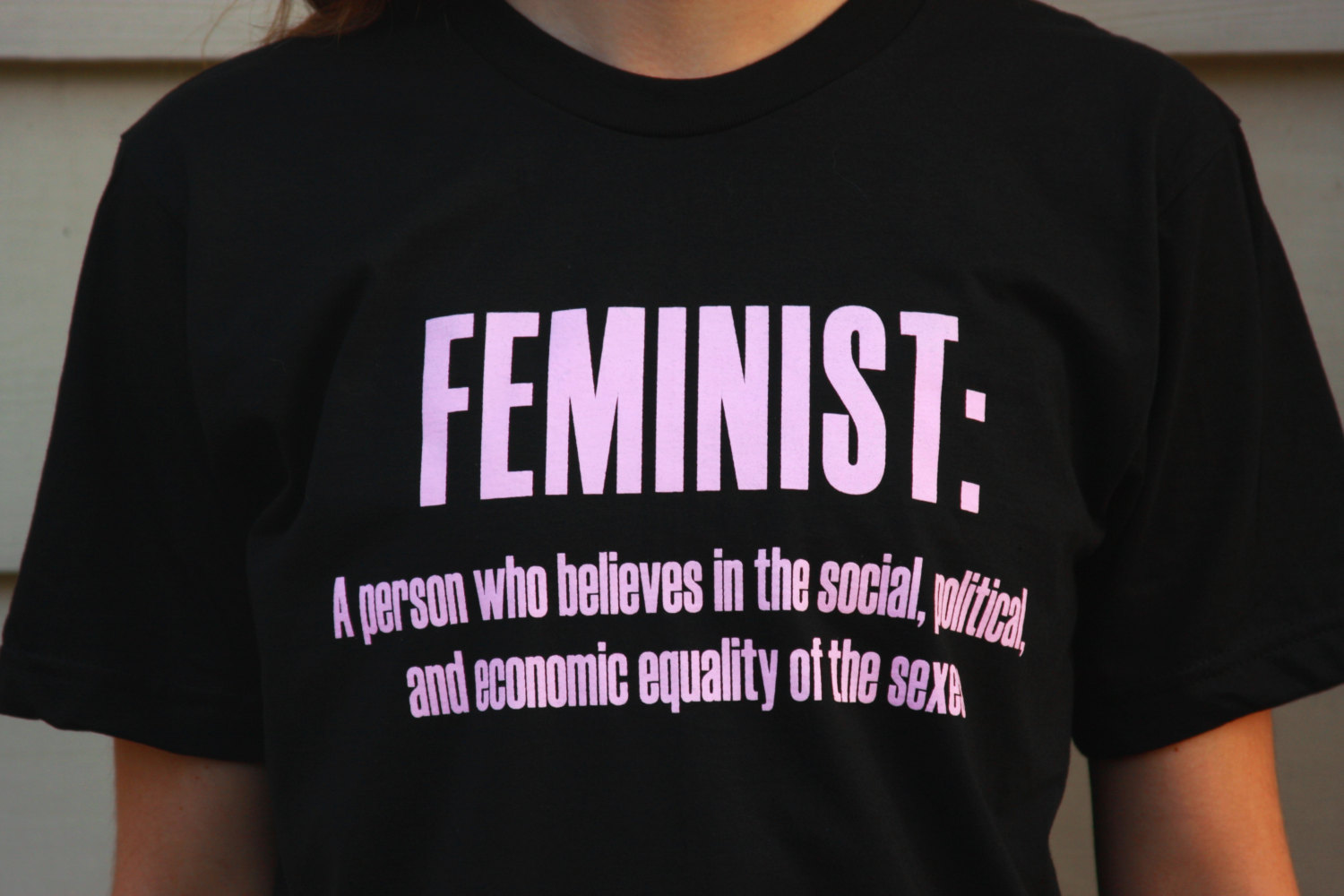 Clare Hemmings, Professor of Feminist Theory at the London School of Economics, opened the Australian Women’s and Gender Studies Association (AWGSA) biennial conference  in Brisbane last year by stating that feminism is no longer popularly considered to be ‘an unshaven relic of the past’. She then posed the question: what do we do with the universal appeal of feminism when this very appeal may be perpetuating gendered oppression?  That is, if everyone alleges to be in favour of equality (which, indeed, should be the lowest benchmark for making a claim to feminism), then no one is responsible for (in)equality.  Postfeminism—which promotes individualised freedom and success, regardless of gender, rather than collective understandings of gendered oppression—is still very much with us; however, Australia, like other Western countries such as the United States and the United Kingdom, is experiencing a turn in how feminism is viewed and taken up. Beyoncé’s performance at the 2014 VMA awards in front of the word ‘feminist’ in lights provides the most emphatic visual evidence of this phenomenon (close behind is her dancers forming the Venus female symbol around Beyoncé at last year’s VMAs.) She is now one of many celebrity feminists, some of them formerly of the ‘I am not a feminist but…’ camp.

This proliferation of highly visible people in public life identifying as feminists and/or offering feminist commentary now includes many men, perhaps none more high profile (or charming) than outgoing U.S. President Barack Obama. In June 2016,  the White House hosted the first-ever United State of Women Summit, a formidable gathering of activists, researchers and celebrities (including Oprah Winfrey, Amy Schumer and actor Patricia Arquette, who in February 2015 polarized the feminist blogosphere with her ‘White Feminist’ Academy Awards acceptance speech) dedicated to promoting gender equity, eradicating gender-based violence and a whole raft of related and important feminist goals. Riffing on a popular feminist slogan and his own mini-feminist controversy back in 2008 when Ms. Magazine put the then newly-minted President on their cover, in a Superman pose and wearing the now iconic ‘This is What a Feminist Looks Like’ t-shirt, President Obama quipped in an otherwise serious speech at the Summit, ‘I may be a little grayer than I was eight years ago, but this is what a feminist looks like’. And to prove his point, or at least extend it, given his chosen forum was the fashion magazine Glamour rather than Ms., in August, the President published a 1,500 word essay celebrating feminist successes, drawing attention to ongoing challenges (including gender stereotypes or in his words, ‘subtle and not-so-subtle social cues transmitted through culture’) and the importance of men identifying as feminists, because this is what young women such as his two daughters now expect and because ‘[i]t is absolutely men’s responsibility to fight sexism too’.

President Obama’s feminist essay was generally well-received, though as Hemmings brought to the attention of the AWGSA conference, the taking up of the ‘This is what a feminist looks like’ t-shirt campaign in the UK by high-profile men such as Benedict Cumberbatch, Ed Miliband and Nick Clegg was much more problematic. Promoted by fashion magazine Elle in the last months of 2014, the campaign was soon undermined by revelations that the t-shirts were made in a sweatshop in Mauritius by women earning less than a pound an hour. The feminist organization that collaborated somewhat anxiously with Elle to revamp the t-shirts, the Fawcett Society—named in honour of suffrage campaigner Millicent Garrett Fawcett and active for over 150 years—refuted the sweatshop claims, to the understandable skepticism of some. If, on the bright side, the furore temporarily drew attention to endemic exploitation in the global fashion industry, this paradigmatic example of ‘commodity feminism’ was soon lost in the news cycle.

Australian politics and popular culture have hardly been immune from these trends. Comparisons can be made with the increase of Australian male public figures such as politicians, Malcolm Turnbull and Bill Shorten, and media personality, Karl Stefanovic (who famously wore the same suit every day for a year to ‘highlight’ the double standards that women face in the media) staking their claim to feminism. Stefanovic’s ‘feminist protest’ earned him international attention and widespread approval, though it is ironic that Prime Minister Turnbull so easily declared himself a feminist during the 2016 election campaign when his own female Ministers Julie Bishop and Michaela Cash (the Minister for Women) refused to do so.

With these ‘new’ feminisms in mind—be it celebrity, commodity, politically expedient or a mash up—many sessions and conversations at the AWGSA conference, the theme of which was ‘De-story the Joint’, were devoted to questioning the feminist content and effects of these new identifications. For instance, what sort of feminism is this if feminism is essentially a sartorial gesture emptied of wider political saliency? And if it is now commonplace for women and men to identify as feminists, what does it actually mean to be a feminist? How do we, then, reclaim feminism for the feminists while refuting claims that there are ‘door bitches of club feminism’? One example could be bell hooks who responded on Twitter to criticism for writing about the complexity of Beyoncé’s stance as a strong feminist African American woman by stating, ‘One can critique yet still admire. I can be critical of Beyoncé and yet also appreciate aspects of her power and representation’. This is not simply a matter of being for or against this expansion of feminist identification and the challenges it brings for ‘quality control’—a strength of feminism has always been its capacity for reflexivity and adaptation. However, this does not mean that a declaration of feminism is actually enough to be a feminist.

The worlds of media and academic feminisms are often at loggerheads or operating in different spheres—at least superficially—but at the AWGSA conference, we found ways to bring them together (including through Beyoncé—there is much love for her among the gender studies community).  A public discussion sponsored by the NTEU was held at GOMA and was opened by the Hon. Shannon Fentiman, who refreshingly for a woman politician, wore her feminism proudly. We were particularly interested in the blurring of lines between how feminism is experienced and represented in not only the media and academia, but also in other realms such as industry and unions. Panelists, including Destroy the Joint co-founder, journalist and academic, Jenna Price, social commentator media feminist and editor of the Destroying the Joint book, Jane Caro, President of the NTEU, Jeannie Rea, and UQP publisher of the Destroying the Joint book, Alexandra Payne, were asked about who can call themselves a feminist.  Throughout the conference and at the public discussion there was much animation about the ‘bloke turn’ in contemporary feminism, then very evident in Australia in pre-election political and media discourses.  Furthermore, while there seems to be feminist debate occurring around every corner, to what extent does this actually reflect greater representation and diversity? Although there were differing opinions on whether or not men can be feminists, it was generally agreed that no-one should call themselves a feminist unless they are actively working for social change, or at the very least, not working against the interests of gender justice.

The emerging groundswell around feminism in the public and media spheres offers much opportunity for substantive change. Recently, the Breakthrough event, initiated by the Victorian Women’s Trust, more than exhibited that there is large-scale dedication and enthusiasm for action on gender equality and, more broadly, transformative societal change. Breakthrough’s palpable energy brought together feminists from political, economic, cultural, media, academic, corporate, and activist communities. The diversity and passion across sectors confirmed that the time is ripe to build on this momentum and demand surety from our political and cultural leaders that they understand that commitment to the feminist endeavour is essential to nation-building by providing more effective policy work, extensive workplace reforms, and providing measures to ensure economic security and safety for women. Feminism, with its name up in lights, has certainly proved it is no longer considered to be ‘an unshaven relic of the past’, but to be a feminist involves more than buying the merchandise as feminists at both Breakthrough and AWGSA consistently demonstrated. Amongst the ever-expanding mosh-pit lies much opportunity for real change.