Enough is enough – It’s Time to Close the Pay Gap 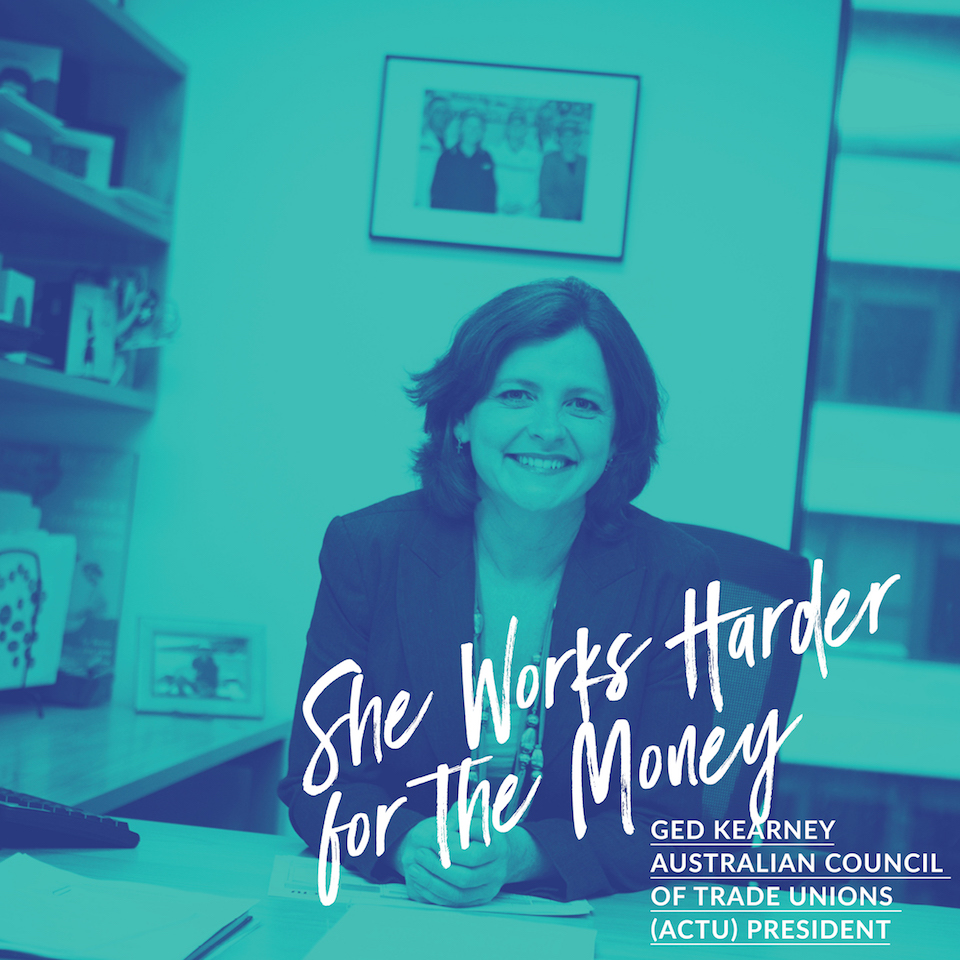 The national gender pay gap is currently 16.2% and has hovered between 15% and 19% for the past two decades. While women comprise roughly 46% of all employees in Australia, they take home on average $283.20 less than men each week (full-time adult ordinary time earnings). This has been an ongoing issue for a long, long time. But momentum has stagnated. We are determined to change that.  Women work hard and should be granted the economic security they deserve. This injustice has haunted women for far too long, it’s time to quicken the pace and finally achieve equal pay for equal work.

Meet three women who are passionate about closing the pay gap asap:

President of the Australian Council of Trade Unions (ACTU).

As ACTU President, Ged strives to improve the working lives and conditions for all Australian workers. She has demonstrated a strong commitment for positive change throughout her life, having participated in the famous Victorian nurses’ strike of 1986, which resulted in substantial improvements to pay and conditions, as well as having a long history of union involvement. Ged’s energetic nature and determination are contagious and certain to have you leaving the room inspired.

“We have to be prepared to fight with energy and passion for what we believe in.”

Youth Employment Advocate, works in a private legal practice and is the co-founder of Interns Australia.

Colleen Chen is a passionate advocate for fair pay and fair work, especially among young people. She is the co-founder of Interns Australia, a support and advocacy body for interns and students undertaking work placements in Australia. The organisation was developed amid growing concern over the number of young people undertaking internships who are not being paid for their work. An annual survey by Interns Australia has revealed that young Australians forfeit an average of $5913.18 in wages while working in unpaid internships, with the average Australian intern working for nine weeks without pay and many completing three or more placements. Along with extensive research Interns Australia offers educations and consulting for young people undertaking internships in Australia.

“Gender equality begins with economic empowerment and a recognition that it is a process that involves the entire community.”

Clinical Psychologist and Associate Professor at the National Centre for Epidemiology and Population Health, The Australian National University.

Lyndall Strazdins has an impressive background of extensive research and experience in the area of economic security and family wellbeing in Australia. She lead the work and family component of the Longitudinal Study of Australian Children, a study investigating the contribution of children’s social, economic and cultural environments to their adjustment and wellbeing. She also served as a consultant to the Paid Parental Leave Evaluation, as well as collaborating with NGO organisations for Australian families. Passionate about gender equality and helping Australian families, Lyndall is keen to share her knowledge and expertise with the world.

“Encouraging women’s employment is one way to advance gender equality within nations and globally, and it offers a further advantage of boosting labour supply in countries with an ageing population. “

Barbara Pocock’s career has been both varied and impressive. She was initially trained as an economist and has been involved in policy, research and advocacy about working life for over thirty years. She has worked in universities, the Reserve Bank, farming, unions, government, advising politicians and as a carer. Barbara has also served on a variety of Boards including the Economic Development Board of South Australia (2011-2016), The Australia Institute (2004-2016), The Festival of Ideas, the Australian Institute of Family Studies, and the Australian Association of Industrial Relation Academics of Australia and New Zealand.

Barbara established and was Director of the Centre for Work + Life, at the University of South Australia between 2006-2014.

Be part of this important conversation with Ged Kearney, Colleen Chen, Lyndall Stradzins and Barbara Pocock in the She Works Harder for the Money session at Breakthrough 2016 — and join us in shaping the future of equality.