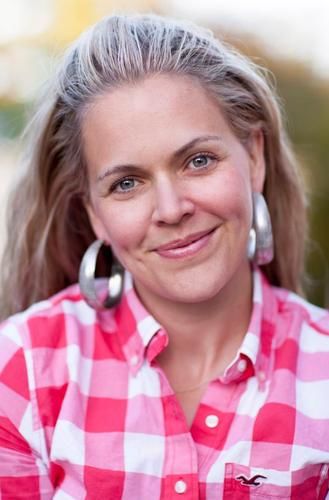 She might have stunned the world with an unexpected “Before” and “After” picture, but Taryn Brumfitt is more than a social media sensation. The body image activist, documentary maker and mother of three joins a stellar line-up of speakers at Breakthrough this November and girl, are we excited.

If you had one word to describe your body, what would it be?

That’s the question Taryn Brumfitt asked 100 women in the making of Embrace, a documentary released earlier this year exploring the global issue of body loathing. Sadly – but perhaps not surprisingly – many of the women responded with negative associations. They ranged from not-so-bad terms, like ‘short’ or ‘wobbly’, to far harsher perceptions such as ‘imperfect’ and ‘disgusting’.

Whether we’d be brave enough to admit it on camera or not, many of us feel uncomfortable in our own skin. For some, it stretches as deep as self-loathing, but for others it’s a daily pressure to look better – and ultimately conform to what the media tells us is ‘beautiful’. It’s a ludicrous idea, considering we’re all born to be different colours, shapes and sizes. And yet… when movies, magazines and, overwhelmingly, social media feed us unrealistic expectations of what it is to be a woman, the fact we feel so inadequate is kind of understandable.

As founder of Body Image Movement, Taryn teaches women around the world the value and power of loving their body from the inside out. Her mission is to harness and facilitate positive body image activism by shifting perceptions and questioning unachievable expectations. To share this positive message with as wide an audience as possible, she released a fundraising trailer for a film (Embrace) in 2014. After receiving 9000 Kickstarter pledges, including contributions from the likes of Ashton Kutcher, Ricki Lake and Zooey Deschanel, the film was ready for making.

Despite her recent experiences, Taryn hasn’t always been a body champion. After having her third baby, she seriously considered plastic surgery as a way to curb her body dissatisfaction. She chose to enrol in a women’s weightlifting competition instead of going under the knife, and for 15 weeks exercised and ate like a bodybuilder.

And she got the results. Toned, taut and orange-tanned, Taryn paraded in a bikini for the competition…but she still didn’t feel good about her body.

It was this realisation that propelled her on a path of self-acceptance, rather than transformation. One that would lead to her posting that viral “Before” and “After” photograph (a challenge to traditional makeovers, and proof that a woman can love herself regardless of her shape), to and create the movie Embrace.

Today she treats her body as a vehicle, not an ornament, and shares the following mantras with women wanting to do the same:

We’re super proud to have Taryn as a speaker for Breakthrough and chuffed she feels the same: “Any event that celebrates gender diversity and powerful women coming together to inspire other women is something that I want to be a part of.” 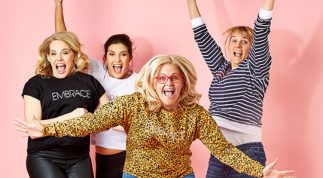 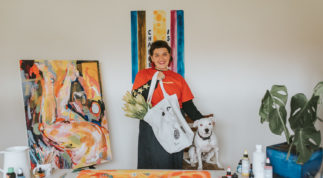 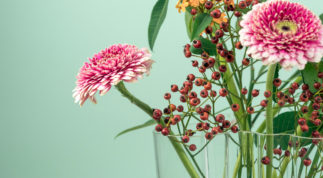