Sporting clubs play a central role in the lives of many Australians. Attitudes, behaviour and language modelled in the clubs can have a significant impact on the rest of society – the way players speak to one another, off-side comments from spectators, pre-game rituals – these all contribute toward providing a standard of behaviour. When these behaviours tip towards the abusive end of the scale, that’s when clubs need to act.

Despite the increasing visibility of women in sport, and the many advancements of women across society more broadly, violence against women persists in Australia. Even now, domestic violence is the number one leading preventable contributor to death and illness for Australian women aged 18 to 44.

Given that sports clubs are in regular contact with a large portion of the population, clubs represent an enormous opportunity for positive social change. As Club Respect co-creator Paul Zappa says, “sporting clubs are mini communities. They are the perfect place to begin discussions about respect, equality and healthy relationships.”

Mary Crooks AO, Executive Director of the Victorian Women’s Trust, agrees. “Sport catches up millions of people,” says Mary. “We reckon that if you can get a whole lot of men and women in the community who intersect with sports clubs… And if you can make a difference in their minds then that’s going to have a big impact on the broader community.”

Mary is emphatic in her belief that violence prevention will always be central to the Trust’s mission. “The Victorian Women’s Trust is always looking for ways to address violence towards women,” says Mary. “Back in the 90s, we funded Blood On Whose Hands which was the first account of domestic homicide. A decade ago, we created Be The Hero, a unique resource which – to our knowledge – was one of the first online resources for boys on how to have respectful relationships.”

It was during the creation of Be The Hero that Nirodah, a company which runs violence prevention and counselling in schools, became involved with the Trust. Headed up by Paul Zappa, his experience working with young people, and sports clubs like Melbourne Storm, has shown him just how much of an impact sport has on young Australians.

“Young people have such high regard for people around the club,” says Paul. “They are their heroes.”

The ultimate goal of Club Respect is to give people the tools to address complex issues, like violence or abuse, in an much more accessible way. “At the moment, there are many good role models in sporting clubs but they just don’t realise the enormous capacity they have to change things for the better,” Mary explains.

“My dream is to have existing role models realise the power they have in moulding good behaviour and attitudes. Imagine it; we could have a whole generation of young people consciously modelled by members of their local sports club, so that they have a deep understanding of appropriate ways of interacting.”

Michael Flood is an academic and researcher on masculinity and violence prevention. In 2010, Flood wrote Where Men Stand; Men’s Roles in Ending Violence Against Women, in which he discussed the importance of framing domestic violence as a ‘men’s issue’. Michael points to social norms and power inequalities must be addressed as a whole in order to stop violence against women. Flood also points out that men in particular have institutional power which they can use to make change and that this change can come about by educating more people about the gender inequalities that exist in our society.

In sport, tough or aggressive traits are commonly valued over compassion and sensitivity; a prime example of the different, archaic social attributes valued in men and women. Paul Zappa believes that we need to move past these notions, instead teaching young men ‘healthy masculinity’.

“We believe that if men could confidently model healthy masculinity – that is respectful towards everyone, particularly women – that would be very powerful learning tool for young boys and men,” says Paul.

When asked to define healthy masculinity, Paul describes it as “being comfortable in your own skin and the many varieties of masculinity. Men and boys should feel able to be vulnerable, kind and respectful people. You don’t have to modify your own behaviours to try and measure up as a ‘real man’.”

Ultimately, the Club Respect team wants to encourage more people to get involved in making a positive change across society. The Trust hopes that by working with sporting clubs on a broad scale, discussion can begin amongst people who might not always think about these issues, and from there, change will take seed. As Mary says, “local clubs are the backbone of our community. When clubs have a positive and respectful culture, our whole community benefits.” 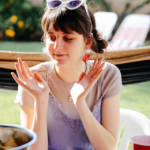 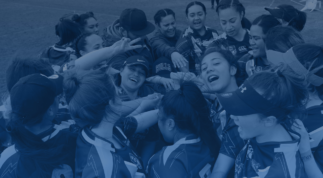 Club Respect will deliver strategic educational tools, helping sporting clubs to embed a culture of respect and harm prevention in all their practices. 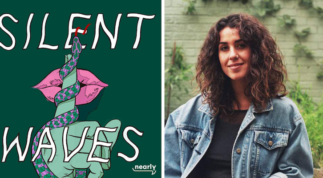 What We are Listening to: Silent Waves

Looking for a new feminist hero? This podcast delivers. 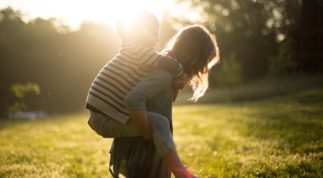 What I’ve Learnt From Having a Sibling With a Disability

The conversation about siblings of children who have disabilities is often quiet, if not muted. Sanduni shares her experience.