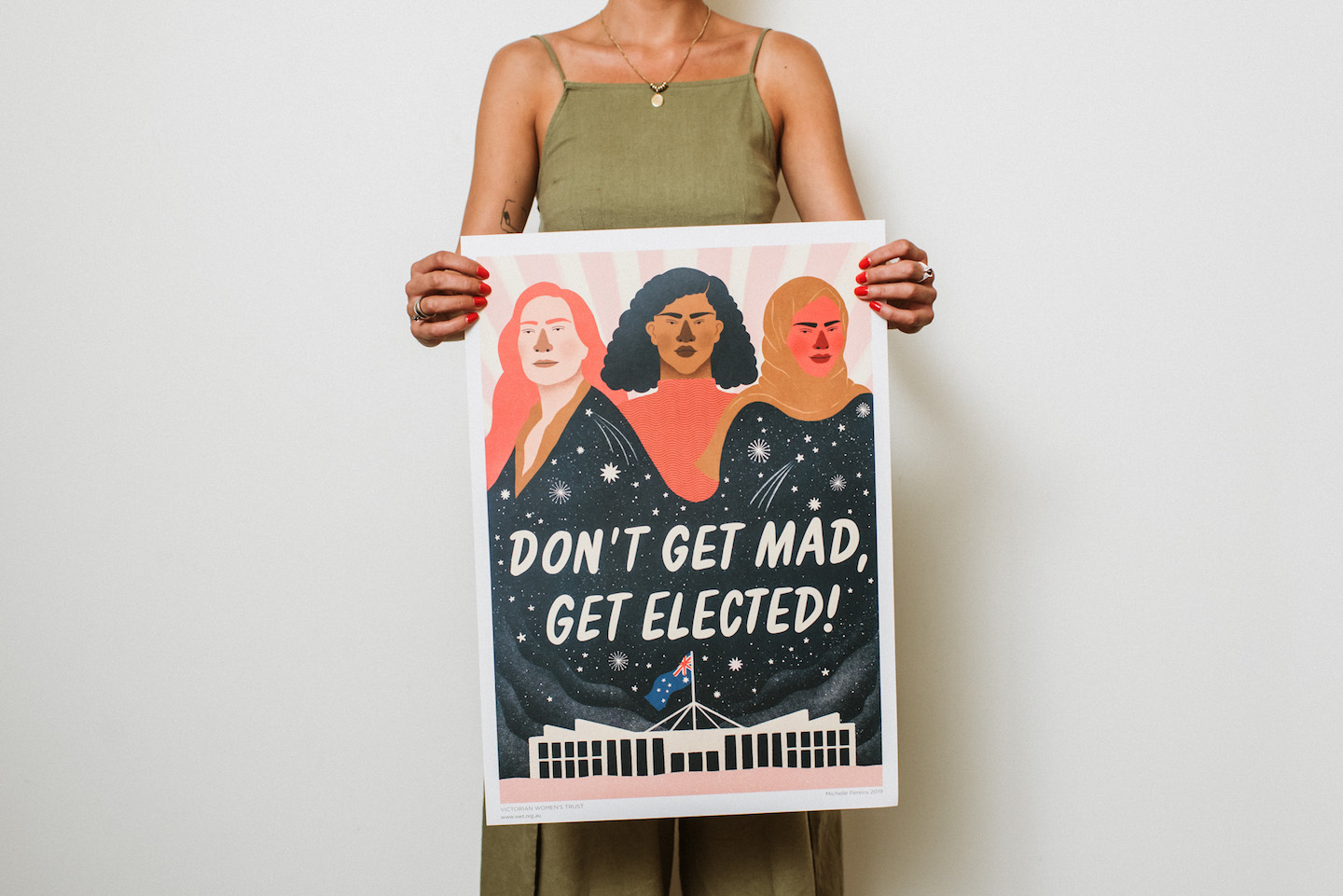 In 1997, the Victorian Women’s Trust gave a grant to support local artist Carol Porter in the production of two iconic Australian feminist prints, Don’t Get Mad, Get Elected! and To Every Woman: Money Power Freedom. 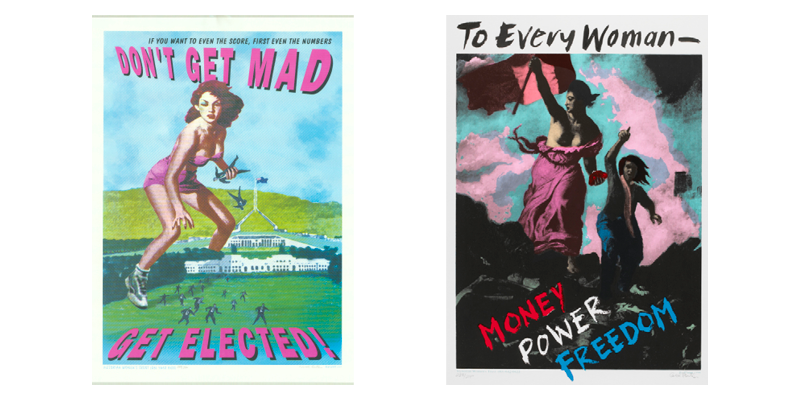 Based on the film poster for Attack of the Fifty Foot Woman (1958) Don’t Get Mad, Get Elected! was a tongue in cheek feminist response to out-dated sexist notions about what a woman can and can’t do. In recent years, this poster has been seen in the halls of Parliament and in the media, becoming a battle cry for women in politics who challenge the status quo. (Sidenote: do yourself a favour and google: Don’t Get Mad, Get Elected! + Cathy McGowan + Rebekha Sharkie. It’s a delight.)

To Every Woman: Money Power Freedom has a similar flare. Appropriated from the classic French revolution painting by Eugène Delacroix in 1830, La Liberté guidant le peuple (Liberty Leading the People) Porter’s artwork embodies what we’re aspiring towards: equal access to money, power and freedom in our society. But as one of our favourite feminist economists Marilyn Waring would say, “power does not mean ‘power over’. It must mean ‘power to’ or ‘power with’.” Hear, hear.

It’s been over two decades since this artwork was made and women, non-binary and gender diverse people are still behind the proverbial eight ball in Australia when it comes to economic security, safety and equal representation. The facts say it all: as of 2019, the full-time average weekly ordinary earnings for women are 14.1% less than for men; women are retiring on average with 40% less super than men; women are dramatically underrepresented as leaders in our Parliament, media and in the business world; and violence against women and children persists at unacceptably high levels.

The messages in Carol Porter’s artworks are relevant as ever. Our work is not done. To keep the momentum going, we enlisted Fitzroy artist Michelle Pereira to create contemporary versions of Don’t Get Mad, Get Elected! and To Every Woman: Money Power Freedom. 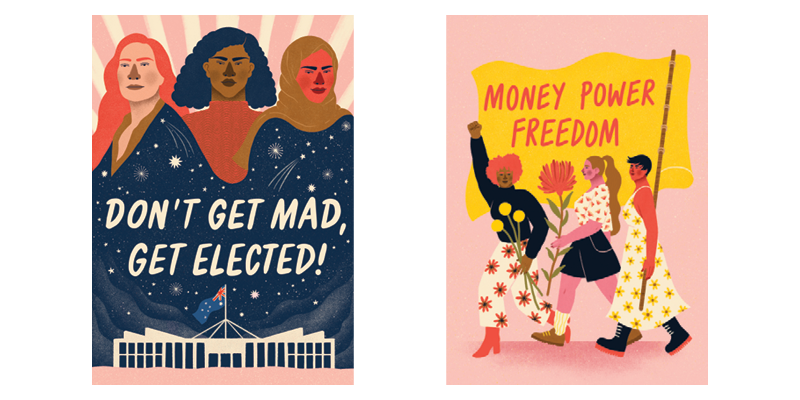 Michelle paid beautiful homage to Porter’s work while reflecting the diversity of our community today. The very sight of it makes us want to grab all of our mates and march up to Parliament House in the name of gender equality. We hope it has the same effect on you.

→ We recently interviewed Michelle, find out more about her here. 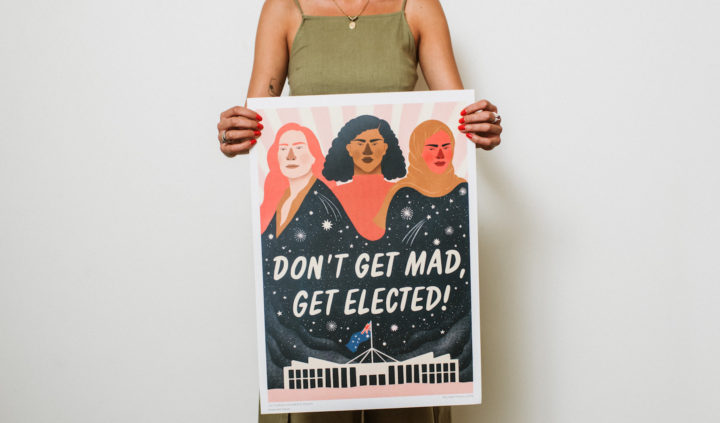 a gift that gives back

Michelle Pereira A2 Posters $15 each

Snap up a Michelle Pereira x VWT A2 Poster. Every purchase supports the work of the Victorian Women’s Trust in creating a brighter future for women and girls. 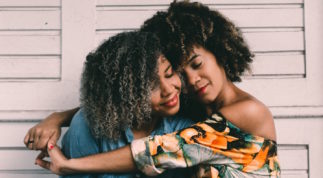 Self-care is about all of us

Giselle Au-Nhien Nguyen asks us to remember the roots of self-care, so we can use it as both a personal balm and a method of larger political resistance.