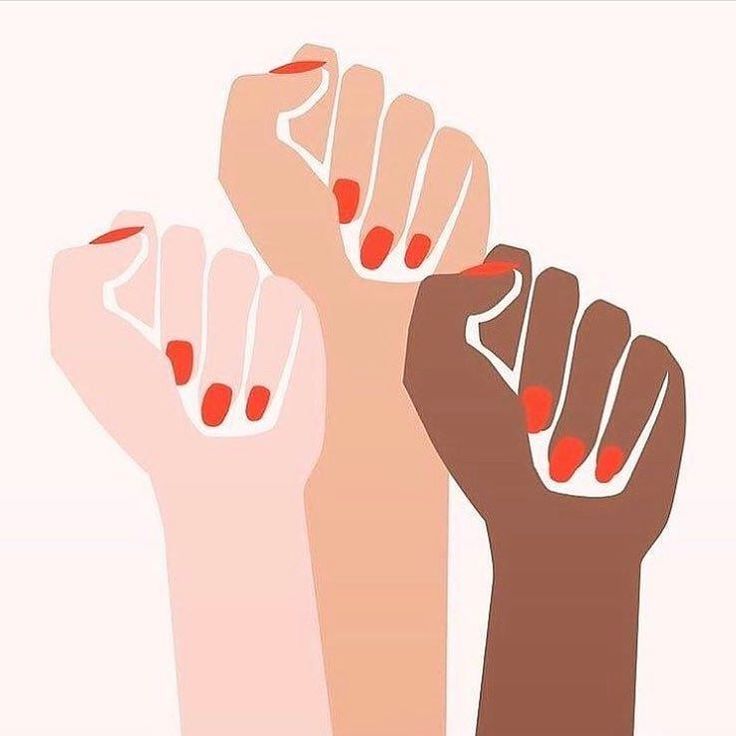 Today is International Day of the Girl. As one of the most auspicious days of the year, it’s time to stop and reflect on the awesome power of the teenage girl to change our world for the better. This year’s theme is all about the Power of the Adolescent Girl: Vision for 2030, highlighting the importance of investing in girls so they can do what they do best; creating real change for their communities and beyond.

There are 1.1 billion girls in the world today (!); each full of power, strength, creativity and potential. While we celebrate every one of those girls, let’s take a look at 10 teenagers who are harnessing their inner girl power to make our world a better place.

“As an Indigenous person you are born into politics, it controls just about every aspect of your life…I want to see more Indigenous politicians in foreign affairs and education and trade and science and all those areas.”

Aretha is a young, driven student who grew up in Gumbaynggir country, in northern NSW. She now lives in Melbourne and over the past year, she has emerged as a leading voice in the Indigenous community. In January she addressed the tens of thousands of people in Melbourne’s streets on Australia Day to call for the date of the national holiday to be changed.

Aretha has played a significant role at this year’s National Indigenous Youth Parliament, a model parliament that invites 50 young Indigenous delegates from around the country to come and debate issues that matter and meet political leaders. She was elected Prime Minister as part of the program, making her both the youngest and the first woman to be elected.

The young activist also appeared on the high school episode of ABC’s Q&A in July, shedding light on many issues including Indigenous welfare, youth suicide and equal marriage. Aretha is a refreshing voice, much needed in Australian politics.

Paloma shows us that when one fights for one's dreams, when one strives and is truly eager to study, the rewards will come.

In 2013 Wired magazine named Paloma Noyola Bueno “The Next Steve Jobs”. She was 12 years old at the time. After scoring the highest score in the country on the Mexican version of the SAT, she inspired a new way of educating kids, utilising small groups and student-led teaching.

The math whiz grew up in an impoverished town in Mexico but is not letting anything stop her from achieving greatness. A potential future tech genius, you can expect big things from Paloma Noyola Bueno.

“It’s a tiny revolution to express yourself fully and be who you want to be, especially when systems tell you that you can’t. I’ve realized how powerful it is for me to just discuss issues with young people and begin conversations.”

Amandla Stenberg is an actress, musician, director, author, activist — there isn’t much she can’t do! Stenberg has spoken out about topics like cultural appropriation, gender binaries, sexuality and intersectional feminism. She is quickly becoming the voice of her generation, using her fame and popularity for good.

Stenberg is widely known for her role as Rue in 2012’s The Hunger Games. She also made waves when her video,“Don’t Cash Crop My Cornrows,” made for a high school class, went viral online. In the clip, Stenberg criticised the adoption of the hairstyle by non-black pop stars such as Christina Aguilera and Katy Perry, pointing to the wider problem of appropriating black culture, whilst ignoring the struggle that produced it. Stenberg closes the video with the question, ‘what would America be like if we loved black people as much as we love black culture?’

Since then, she has appeared in a SuperSoul Session (Oprah’s version of a TED Talk),  Beyoncé’s Lemonade, has been named Feminist Celebrity of 2015 by Ms. Foundation and Most Influential Teen by Time magazine (twice!), coauthored a comic-book series, Niobe: She Is Life, has continued acting in movies, all whilst keeping up the good fight for equality. Go Amandla!

“My natural curiosity and questioning nature has sparked my everlasting love of science…I hope to one day become a scientist specializing in agricultural science and a molecular gastronomist.”

Kiara Nirghin is an aspiring scientist from South Africa, which is experiencing the worst drought since 1982. Nirghin set out to create a superabsorbant polymer (SAP) that could be sprinkled over dirt to make it retain massive quantities of water, much like nappies do. She wanted it to be cheaper and more eco-friendly than more traditional options, which contain chemicals like acrylic acid. So she used natural products like avocados and oranges. Nirghin discovered that the peels of avocados and oranges can be turned into an SAP by applying a certain amount of UV light and heat. Her experiment won the grand prize at the 2017 Google Science Fair. Nirghin hopes to develop it for commercial use, so that any country can use it during a drought.

“Being transgender is not just a medical transition, it’s discovering who you are, living your life authentically, loving yourself, and spreading that love towards other people and accepting one another no matter their difference.”

Jazz Jennings is a 16-year-old YouTube sensation and LGBTQIA+ activist. Jennings was born male and identified from an early age as female. She decided to share her journey with the public to raise awareness and put a face to the issues of discrimination so many transgender teens and adults face. Jennings has appeared in documentaries, a TLC reality show, written two books and volunteers with campaigns and organisations dedicated to making the world safer for and more accepting of transgender people.

“I felt happy and proud, like I was helping someone. If I’d had access to a course like this, I would have been able to speak to someone and not just think domestic violence was a normal part of life.”

After her mother’s suicide, Josie started an online petition and wrote to the New South Wales government, calling for the inclusion of education about domestic violence in the high schools across the state. She received over 100,000 signatures and had messages of support from people sharing their own personal experiences of domestic violence. The Prevention of Domestic Violence Program is now taught to years 7-10 in NSW schools.

Following her campaign, Josie won several accolades and became a finalist in Daily Life’s Women of the Year. Thanks to her bravery and tenacity, Josie is changing the lives of Australian families for the better.

“One of my focuses is encouraging girls to follow their passions in non-traditional fields such as coding, animation, architecture, science, etc….Girls are awesome and have the power to do anything they dream of!”

Maya Penn is a 17 year old entrepreneur, philanthropist, animator and artist. At just 8 years of age, she became the CEO of Maya’s Ideas; an eco-friendly, sustainable clothing and accessories company that donates between 10 percent and 20 percent of its profits to charitable organisations.

She has also created an animated series called The Pollinators, which focuses on the importance of bees and other pollinators, penned a memoir titled You Got This which aims to show young girls (and boys) how they can harness their own power and create real change,  AND she is the youngest female ever to give back-to-back TED Talks!

“I wanted to be represented, as simple as that. I just wanted an emoji of me.”

Rayouf Alhumedhi is a 16-year-old high school student from Saudi Arabia, who has been living in Berlin since 2012. In 2016, whilst texting friends, she realised that there was not a single emoji that looked like her; a Muslim girl wearing a hijab. She decided to change this. After first writing to Apple, she then submitted a proposal to the creators of emoji, Unicode. Apple will be releasing the long-awaited emoji in different skin tones by the end of 2017.

Representation in popular culture (especially something as frequently used as emojis) is crucial to embracing diversity and supporting minorities. Alhhumedhi is determined to make all female Muslims feel represented and respected.

“Do not stop what you’re doing. No matter what happens, we have to continue to save the planet.”

Kehkashan Basu is an award-winning teen environmental activist born in the United Arab Emirates to Indian parents. The ambitious teen founded child-run organisation  Green Hope at 12 years of age, and within four years managed several successful environmental projects, including planting 5,000 trees in Colombia, France, Mexico, Nepal, Oman and the United States. The organisation is based in the United Arab Emirates and now has more than 1,000 volunteers in 10 countries around the world.

Basu was awarded the prestigious International Children’s Peace Prize at the UN conference last year. She used her speech to urge ecologists not to lose hope in their battle to fight climate change, despite scepticism from world leaders.

“My biggest fear is to see a world where girls continue to be treated as property, unable to imagine or create a bright future for themselves, and to see world leaders not take action to end gender-based violence around the world, [violence] that happens everywhere in the world.”

Sonita Alizadeh is an Afghan rapper and activist who speaks (or sings) out against forced marriages. Alizadeh first gained attention when she released Brides for Sale a video in which she raps about daughters being sold into marriage by their families. Sonita has had first-hand experience with this scenario, having escaped from a marriage planned for her some years ago.

Iranian documentary filmmaker Rokhsareh Ghaem Maghami, captured her remarkable story as a musician and activist over three years.  After the releasing the documentary film Sonita on YouTube, Alizadeh was contacted by the Strongheart Group, who offered her a student visa to study in the United States, where she now lives. In between classes, exams and college applications, she takes every opportunity to speak out against child and forced marriage. 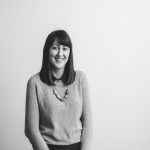 Maddy Crehan
Maddy Crehan is a Social Media Officer at the Victorian Women’s Trust. She is currently working on VWT youth website Rosie. Rosie is a space where young women can connect with the best web resources out there, helping them to navigate life’s tricky situations. Rosie has a range of tips, links and videos all centered around a theme of respect. 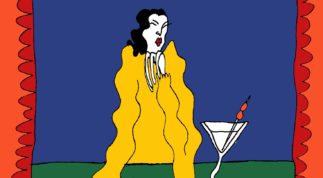 Grammarians may disagree, but we like to think of feminism as a verb. Here's a handy guide on how to 'do' feminism over the summer months.